A Perfect Body in a Perfect World? 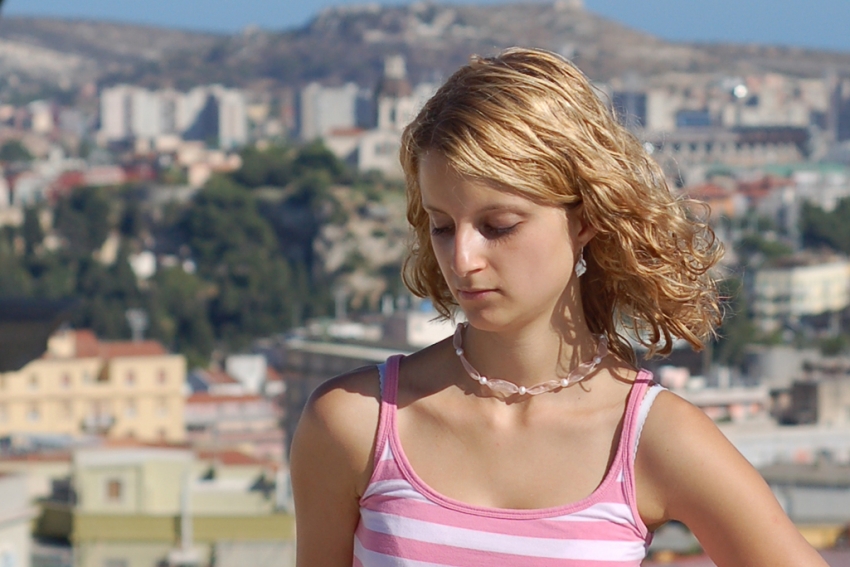 Following my Grade 12 year, I travelled to Italy as an exchange student. There, I became anorexic. Before I’d even realized what was happening, anorexia had devoured my life.

I didn’t develop anorexia out of the blue. Throughout high school, I had struggled with body image. I grew faster than my friends. I constantly felt like a big, hormonal outcast, never fitting in and always standing out.

In my family, we were always taught it was important to embrace whatever body type we’re blessed with. But while my family was supportive and loving no matter what I looked like, I still battled with insecurity at school and felt incredibly uncomfortable in my own skin.

I didn’t leave these feelings behind when I went to Italy. I brought them with me. But the difference was that I knew no one in Italy, and no one in Italy knew who I had been back in high school in Canada. I had the opportunity to reinvent myself.

At first I thought this contradictory emphasis—on both food and being thin—was something I experienced only because I lived in Milan, the fashion capital of Italy. But after talking with a fellow Canadian student who lived in Naples, I learned that she, too, had received the same mixed messages.

I tried to hide from the people around me the fact that I was restricting my food intake. But I tried to control every meal I ate and began to avoid going out with others so I could go running for long periods of time every day. Almost immediately, my relationship with my host mother began to deteriorate. She couldn’t understand why I wasn’t excited by the food she cooked for the family.

Not long after I started restricting, I began to receive compliments. It seemed as if being told one is thin was the biggest compliment one could receive in Italian culture. I had never been told so many times that I was beautiful. My new friends constantly praised me. I was being approached by modelling agents. I felt on top of the world. I was becoming the person I thought everyone wanted to be.

I was a smart girl. I knew I had a problem, but everything and everyone around me convinced me that I was having a better time now that I was thin. I didn’t know what to do. I tried to eat more and run less, but my efforts were minimal and I continued to lose weight. I felt alone, confused and exhausted.

Despite this, I thought I was hiding things fairly well. I didn’t realize how much everyone around me was worried about me. I had lost my period. My clothes no longer fit, and my host mother refused to take me shopping for clothes because she was too worried.

I was excited to return to Canada and see what impact my new appearance would have on my friends and family back home. Would they be proud of me? At the time, my perspective was so skewed by my illness that I couldn’t understand why anyone might have been upset. I thought I was the most beautiful I had ever been. I thought I had really achieved something. But the reality was that my obsession with weight loss had swallowed the type of carefree cultural experience I should have had as an exchange student in Europe.

When I finally returned to Canada, I was very thin and gaunt. My transformation shocked my friends and family, but my extreme weight loss was also highly praised by those who didn’t know me well. Suddenly, I was afraid of gaining weight all over again. I couldn’t go back to the way I had been before. I was focused solely on being thin, much to the distress and concern of family and friends. My relationships began to suffer.

It was then that I realized that being thin was just as important in Canada as it had been in Italy. Sure, the ideal body was a bit different: the ideal Canadian woman was not olive-skinned and she wasn’t adorned with a mane of dark hair. But my return to Canada made me realize there was an ideal Canadian woman’s body, and that ideal was everywhere I looked—splashed across every magazine, TV commercial and social media outlet.

What is it that compels us to feel inadequate? Why is it that we are born with capable bodies, with unique curves and crevices and wrinkles that make us who we are, and yet at a certain point we are told we are supposed to achieve an impossible ideal? Why is this impossible ideal emphasized in certain cultures?

I don’t blame Italy for causing my anorexia. Sure, the culture encouraged me to be thin, but it was my own determination that motivated me to pursue that ideal. In Italy, I felt pressure to be thin when I was among Italian people, who ate and lived in a certain way (often eating extremely small portions and taking long walks), which kept them looking a certain way. I did everything I could to achieve the ideal Italian woman’s body. When I got back to Canada, I found the pressure hadn’t remained behind in Italy. It had followed me back. And I was just as determined to achieve the ideal Canadian woman’s body as well.

Months ago, I became so ill from anorexia that death suddenly loomed close like an unwelcome friend. I decided it was not yet time for me to go. I have been enduring the tumultuous process of re-feeding and recovery ever since. It has been anything but easy. However, the process has taught me more than I had hoped to learn, and I am thankful.

Today, it is a daily struggle to conceptualize and accept the fact that I am no longer the thin and child-like ideal that I so deeply valued for so long. But I now choose to accept, to love—to value—my body for exactly what it is, right here and right now. It has done so much for me, and I have put it through even more as I continued to restrict and over-exercise, year after year, until my body couldn’t take it anymore. I will never understand how I survived the past few years. All I can do is be thankful for my amazing body—the body that got me through it.

No matter what idea of perfection is emphasized in any culture I am immersed in, I realize that my courage to rise above unreal ideals and choose to be and do what I really value is what makes me who I really am. It may take years, but I am living proof that it is possible to change the way we accept, love and value our body, no matter where in the world we find ourselves.

Laura is a second-year student at the University of British Columbia – Okanagan. She travelled to Italy as a Canadian exchange student in 2013. She is currently recovering from years of anorexia nervosa and hopes to use her story to inspire others in their recovery