One man’s real-life struggle and recovery 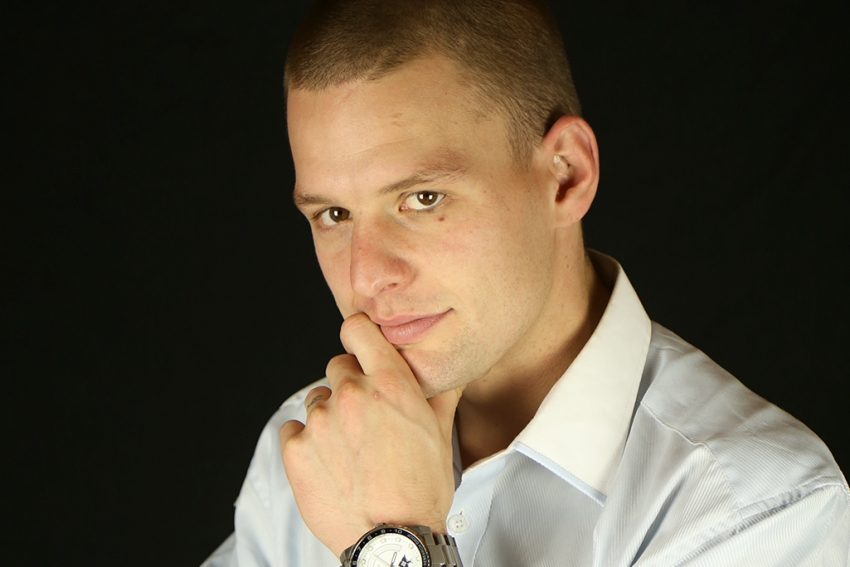 I struggled with an eating disorder from the time I was 18 until my mid-twenties. My struggles grew naturally out of a challenging childhood. I watched a friend pass away when I was five years old, and I was sexually abused when I was seven. By the age of 12, I had thoughts of suicide. Throughout this, I had very little contact with my father. I craved his presence but never really got the opportunity to develop a strong father/son relationship. He would come into my life for a short time and then disappear. I had no stable male role model, and I had little sense of what a man was supposed to be like.

At the age of 12, I went to visit my father for two weeks in Edmonton. For a brief period, I was the happiest kid in the world. He bought me gifts and—without my mother’s knowledge—took me on his drug deals. For the first time in what seemed like forever I felt important to him: I felt like his son. After that trip, I returned home and we stayed in touch for about two more weeks—and then he disappeared again. That’s when serious depression hit.

I started coping with my depression with food. I have always had a sweet tooth; sugary foods just seemed to make me feel better. I began to gain weight. I would look in the mirror and feel uncomfortable in my own skin. I learned how to hide these feelings from my peers, not showing that I was upset about who I was and how I looked.

In high school, I guess you could say I was a member of the cool crowd. I did get teased about my weight, but I teased myself first, which made it okay for others to do the same. I made jokes about myself almost pre-emptively, calling myself “chubby” or “big-boned” so that I wouldn’t feel so keenly the harsh judgment of others doing the same. In hindsight, this was one of the worst decisions of my life: by making jokes about myself, I encouraged my internal belief that I was worthless and didn’t belong.

I believe school has a huge impact on an individual’s state of mind. If you go to school and you don’t look a certain way, you are judged. Some people know they’re going to be judged and can deal with it, and some people are strong enough to not care what other people think of them. Then there are people like me, who do care. For us, judgment takes its toll. I was desperate to fit in. Putting myself down was a way to fit in. But in my desire to fit in, I had created a situation where I constantly made myself feel bad, like I wasn’t worthy of belonging just the way I was.

When I graduated from high school, my father got in touch with me again, and, like the hopeful idiot I was, I jumped at the opportunity to develop a relationship, thinking that this time things would be different. Again I went to Alberta to visit him, but yet again, after a few weeks of renewed contact, he stopped calling and disappeared.

After this, I went to work in the oil fields. I lived in camp and didn’t interact much with my colleagues. That’s where my eating disorder really developed. At first I would just purge whatever food I ate, hiding my actions from everyone else. But eventually purging became a way to relieve bad feelings throughout the day. I would begin the day with a purge. If I thought I had upset someone, I would purge. If I thought I had said the wrong thing, I would purge. If I felt upset or sad, I would purge. It wasn’t even about the food anymore. It was all about how I felt after I purged: for a short period of time, I felt better—before I felt the need to purge again. By the time I left Alberta, I was purging dozens of times a day: my eating disorder had total control over me. To make matters worse, at home I started receiving compliments from people I had gone to school with. This satisfied my desire to fit in and fueled my disordered eating behaviours even more. Not one of these people realized I had an eating disorder. But perhaps that’s because people don’t tend to think of men having eating disorders.

As I continued to receive compliments, I began to gain confidence about my appearance. It is then that I met the woman who would become my life partner. But I couldn’t let go of my eating disorder. It had become an addiction for me. All those feelings I had when I was younger—the pain of grief, sexual abuse, an absent father and not fitting in—for short periods of time, the eating disorder soothed those feelings away. By emptying my stomach, I purged my feelings of guilt, worthlessness and depression. Purging gave me a high—and then I would crash. And it would start all over again. Every. Single. Day.

In November of 2011, everything crashed. I was so desperate to end the endless cycle that I tried taking my own life. As a man with an eating disorder, I couldn’t find the help I needed. Individual therapy sessions were expensive and not very useful. The support groups I found were female-oriented. When I tried for a second time to kill myself, my wife and I decided it was time to find a solution. We found the Looking Glass Residence, a residential treatment facility, and I went there to stay in January of 2012.1 There I learned to view the events in my life differently. I realized that a lot of things that had happened in my life were not my fault—but I had chosen to make them my fault and to take it out on myself and my body. Once I realized that, I began to recover.

One of the most important steps in my recovery was journaling. I did a very specific (very cheesy) thing in my journaling—and I would encourage anyone struggling with body image to do the same thing. Every day, I would write out all the ups and downs I experienced through the day—anything that made me feel good or bad. And then, at the end of every day, the last thing I would write was “I love you.” So every night I told myself that I loved myself. It was the last thing I told myself at night—and it was the first thing I read in the morning. It helped me begin to heal, and it made me think about myself in a gentler, more compassionate way.

I left the Looking Glass Residence in March of 2012. I look at my life differently now. I’ve learned to accept the reflection in the mirror, and I’m proud of what I have lived through and achieved. I am happy with myself, and if I ever question that knowledge, I have the tools to change the way I am thinking about myself and carry on with my life. I have learned not to care as much about what others think of me because, at the end of the day, those people don’t define who I am or who I can be.