When Life's Demands Take Their Toll 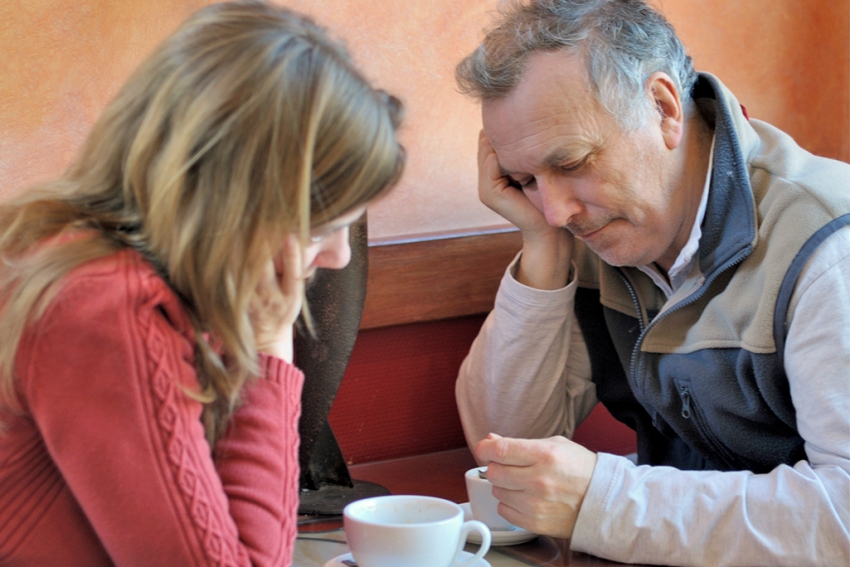 My husband Joe couldn’t figure out why this was happening. He was 58 years old and was sitting in the backyard crying. And it wasn’t the first time.

In July 2009—seven years later—Joe attended his first session of the Changeways program. This is a weekly group program based on cognitive-behavioural therapy (CBT). It teaches problem-solving and lifestyle management skills as related to negative thoughts, social interaction, stressors and relapse prevention.

In looking back, Joe has come to realize that he has lived with depression for most of his life.

The erosion of good cheer...

Joe’s depression never became apparent until after he’d gone through two very stressful years. In 1999, his mother was diagnosed with a serious illness and then, in 2000, just as she completed her treatment, I was diagnosed with cancer. As an only child and a spouse, it was natural that he became the primary care-giver to both.

Friends and family were very helpful and assisted with the caregiving as much as they could, but nobody recognized that Joe needed help too. The stress and the worry associated with caring for the two people closest to him were taking their toll.

In the year following my recovery, I came to recognize that something was wrong. For the life of me, I couldn’t understand why Joe, who’d been so supportive through my illness, now seemed to hate me and fought with me almost every day.

I feared we were headed for separation, if not divorce. To the rest of the world, he was the same Joe they’d always known, though maybe a bit grumpy on occasion.

As good luck would have it, I began volunteering with the Mood Disorders Association of BC and happened to read an information sheet that listed the symptoms of depression. It was Joe!

When our next argument took place, I thrust the sheet at him and told him to read it. When we discussed it later, he admitted that almost all the symptoms applied to him—lack of energy, withdrawal from friends, aches and pains, pessimism, irritability and anger, and problems sleeping. Since I’d been expected to go the doctor for treatment when I was diagnosed with cancer, I expected Joe to do the same. He agreed.

The doctor was surprised to find that Joe had a mental illness and said that if Joe hadn’t come in with that list he would never have diagnosed him with depression. Joe had never told the doctor that he wasn’t feeling well. And, because Joe always appeared so cheerful, the doctor never asked; Joe masked his depression well. But the doctor prescribed an antidepressant.

Once he was on a treatment plan with medication that worked for him, Joe realized how good he could feel—not super happy, but okay. He described it as being “level” or “in the middle” and said he couldn’t remember ever feeling like that before. With some adjustments over the years, the medication has helped Joe live with his illness.

Joe is now 65 years old and realizes that he’ll have to deal with his depression for the remainder of his life. Although he continues to take medication, he’s accepted that perhaps he needs further help dealing with day-to-day situations that can send him into a depressive state.

I encouraged him to go to Changeways. Many MDA members have taken the program and found it benefited them. I had also heard of encouraging research into CBT as a treatment for depression.

After discussing it with his doctor, who also encouraged him to attend the program, Joe contacted the Share Community and Family Services Society office in Port Moody, where a Changeways program was being offered. He was pleased that a program was being offered in our community. Joe inquired about the availability, cost, waiting time and referral process, and was surprised to find that the cost was covered by Fraser Health.

All he had to do was contact the Tri-Cities Mental Health Team for a telephone interview. They asked him some basic identification information and who his doctor was.

After the mental health team had checked with the family doctor, Joe was placed on the list for the next class. The group is run as often as there’s demand for it, with a waiting time of about two months. Sure enough, two months later Share contacted him and, at the time of writing this, he had attended four of the eight sessions.*

Initially Joe had second thoughts about attending the program; he’d never belonged to a support group and wasn’t sure how it would work. And, because it’s quite a diverse group of people, he wondered how much would actually apply to him.

But Joe is discovering that he’s benefiting from the program. His classmates are both male and female, with a range of ages. Like him, they’re willing to discuss their reactions to those everyday events that sometimes trigger and aggravate their depression and anxiety. For Joe, it’s concerns such as unfamiliar social situations, his aging mother, the economy and future financial security, his and the family’s health and severe illnesses of lifelong friends. Discussing possible reasons for his reactions and learning skills to minimize the negative effects of these reactions is proving to be a positive influence in Joe’s relationships with family and friends.

He feels comfortable with the instructors because they listen thoughtfully and encourage, but do not require, participation. Though he’s still a bit uncertain about the format, he’s optimistic that the program, along with his medication, will help him to better live with his mental illness.

Pat is Media Director for the Mood Disorders Association of BC (MDA). MDA provides support for those living with a mental illness and education to increase awareness and understanding of mental health issues; visit www.mdabc.net