Some Days a Printer Cable Makes Me Cry

Reflections on suicide—First Nations communities and beyond 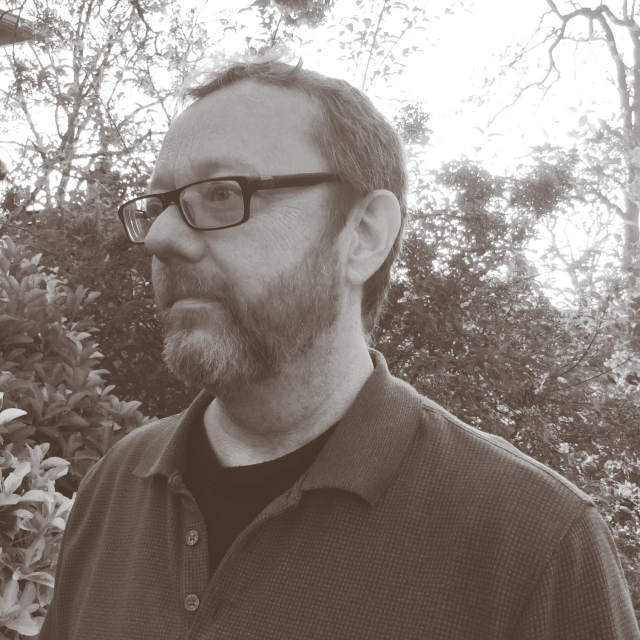 I have two things to say about suicide. First, I’ve spent 20 years studying suicide as an academic researcher. I look at big data sets for patterns in suicide prevalence. My goal is to understand why young people are especially vulnerable to suicide. Like all academics, I hope that my work will make a difference.

My work has focused on Indigenous communities and rates of youth suicide. But I always struggle to find the right words when it comes to a particular death. That’s hard. And it will always be hard.

Second, and because of what I must tell you next, I now find it almost impossible but I must—somehow—find some way to talk about suicide again.

There are no words to describe the pain we feel as a family over our loss. But we are not alone in our pain. It’s not just immediate family members who suffer when someone takes his or her own life. Those left behind—friends, family, colleagues, acquaintances—suffer an almost intolerable anguish. That is the dark truth of suicide. It hurts all the time, every day.

I can’t give you any reasons for why Peter decided to end his life. Whatever they were, he didn’t share them with me, so I have no reasons to share. No one ever does. The dead take their reasons with them to the grave.

Even if he had left a note (he didn’t), what would it really mean? What sense should we make of a suicide note? He is gone, and we are left behind to ask, Why? Finding an answer to that question is the most impossible part of suicide.

On a parent's grief

And sometimes I do find something—or I might think I’ve found something that, done or not done or done differently, might magically have made a difference. And I worry and I ruminate over that thing until I exhaust myself—and I exhaust any possibility that that one thing was the one thing that caused him to take his life. But even with that, there is no relief: when I’ve finally convinced myself that there wasn’t anything I could have done differently, I am left once again feeling hopeless and helpless.

And that in itself is a source of more anguish. I wonder, Was that how he felt? Hopeless and helpless? And the cycle begins again...

As time passes, I have learned to deal with those intrusive “what if?” thoughts. Or, at least, I think I have. I recognize them when they come. I know they will come again. I acknowledge the dark parts, and I try to counter them with better memories. For the most part, I win those battles: I have far more memories of Pete’s life than of his death. It’s a struggle, but my warm memories of Pete’s life usually help me push back the darkness.

But I still struggle with the unexpected and unwelcome memories that appear without warning. I call them the “triggers from nowhere.” Here’s one example. A few months ago, I was cleaning up the garage and stumbled across a USB cable from Pete’s printer. I spent an hour sobbing alone in my garage, holding a USB cable.

The triggers are many. I know they will diminish with time, with the help of my better memories of Pete and his life, and with support from friends and family. But for now they are many, and they might surface at any time. I acknowledge them, but I continue to invite in so many better memories of Pete to balance them out. There will be better, easier days, I tell myself—just not today, not right now.

So that’s half my story. I am like everyone else who has lost a loved one to suicide. We swim in an ocean of grief and we think we’ll never be able to tread water long enough to survive this unless we can find something to hold onto that helps everything make sense. And we tread water, and we hope, and we tread water, and we hope … but there are no simple answers for why someone takes his own life or what we, or you, or I or anyone else might have done to prevent it.

On grief that strikes whole communities

The other half of this story is that I have spent more than 20 years as an academic studying youth suicide. I have written about my work in Visions in the past.1 My long-time colleague Michael Chandler and I wrote about (and continue to study and write about) why it is that youth—and especially First Nations youth—are more prone to suicide than other people.

Our research has focused on the fact that it is a dangerous mistake to portray suicide as an “epidemic” in “the Indigenous” population. Yes, suicide rates are higher overall among First Nations youth, but there are First Nations in which no youth suicides have occurred over a 21-year period. In other First Nations, rates are 10 times higher than the provincial average. If suicide is an “epidemic,” it’s a strange one that strikes in some places and not in others.2

Just as it has become clear to my family and me that our search for a simple, single-event explanation for Peter’s suicide is misguided, so too is the idea that simply being a First Nations youth automatically puts you at risk of suicide.

I also have a more profound and personal empathy with First Nations families that have lost children to suicide. They resent any suggestion that a population-level explanation for higher or lower suicide rates should be a source of consolation to them. It isn’t. And it shouldn’t be. And I get that. Knowing that youth suicide rates are lower in the reserve next door is cold comfort to a family that has lost a child.

Peter felt a loss of control over his own life. He worked hard to change that. But if someone had reported that the lucky folk in Nanaimo had a lower suicide rate than that of us poor Victorians, what would he (or I) have concluded? Pete would have been pissed off. We both would have been. And rightly so.

Solace in solutions, not statistics

I have used strong language here, but the fact is that the situation calls for much more than just strong language. If we are serious about solving the problem of suicide, we need to face the fact that we have little in the way of expertise—at either the individual or the community level.

But I would like to end this on a hopeful note. That’s especially difficult given our own family experience and my topic of research. Truth be told, suicide prevention efforts are not always effective. But that doesn’t mean we shouldn’t try to develop approaches that work. Pete tried. We tried. First Nations communities have tried. Sometimes trying isn’t enough.

For me, the road ahead is clear. I still believe in the work I do, and I still believe it has value for our First Nations partners. Just as I rely on my happy memories of Pete to keep the darkness at bay, I need to—somehow—get back to my research. And while I know I won’t be on that road today, I hope I will be one day soon.

Chris is based in the Department of Psychology at the University of Victoria. He studies the relationships between identity formation, culture and health, with a particular focus on youth suicide, and has led a number of research projects looking into the culture and health of Indigenous youth and communities