Mindfulness as an alternative to alcohol 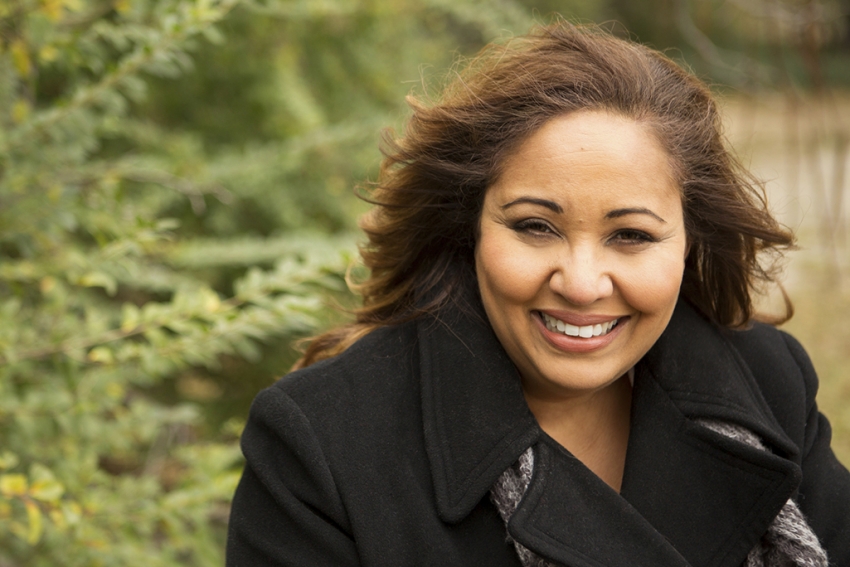 I’ve been a worrier and prone to anxiety for as long as I can remember. Both my late mother and my sister have been diagnosed with several anxiety disorders, so I expect there’s both nature and nurture at play. By most definitions, I’m also a highly sensitive person: I have strong internal reactions to a range of situations, the emotions of others and even environmental stimuli such as noises and textures.

Despite some family adversity in my late teens and early twenties—my mother’s depression and agoraphobia and my father’s cancer diagnosis (all of which were ultimately treated)—I held fast to the belief that my family was somehow protected. Perhaps this firm, almost magical belief stemmed from the fact that our family health problems had been so successfully treated. My mother’s terminal lung cancer diagnosis in 1992 changed all that. She was 59, otherwise in good physical health, and a non-smoker. My family and I were blindsided and devastated. I had no tools to deal with my overwhelming anxiety and anticipatory grief, and I clearly remember thinking, The only way I can get through this is with alcohol. Up to that point I’d been a fairly light social drinker. I could generally take it or leave it. But in an instant, I became a daily, high-risk drinker—having many drinks each evening, often alone.

I drank through my mother’s dying and death and then just kept going. What had started as a short-term strategy for dealing with acute grief and loss gained momentum and became a habit that cocooned me and reliably took the edge off my persistent day-to-day worries. I’ve always loved the title of Caroline Knapp’s memoir about her own struggles with alcohol, Drinking: A love story,1 as it so eloquently captures the dependency, longing and overriding focus that alcohol can command. Like Knapp, I was a high-functioning drinker: I never missed work, I graduated top of my graduate class and I always fulfilled my basic social responsibilities.

Then, in 2007, after 15 years of drinking to numb myself and cope with loss and anxiety, I quit drinking as suddenly as I’d started. The decision came in a moment of clarity, when I realized my alcohol abuse was not sustainable. I was becoming increasingly anxious about my health as well as my ability to be a reliable caregiver for my father. Upon reflection, I see that moment of clarity was several years in the making, during which I weighed the pros and cons of change, unsuccessfully tried out moderation and read about the possibilities of recovery.

Putting down the bottle, though, was only the first step on a much longer road to recovery. While I’d stopped drinking, my worry and anxiety remained. They manifested in various life-impacting symptoms, including insomnia, persistent tension, hypervigilance (being constantly on the lookout for the next threat or stress) and over-control. I remember standing in the shower in early January 2008, having just survived my first alcohol-free Christmas season. I was exhausted from navigating a host of holiday stressors—including the inevitable family mini-dramas—without the protective layer of alcohol. I was proud of myself for making it through, but I knew I needed more tools for the long haul.

And so began the search for those tools. I attended mutual aid group sessions, signed up for addiction education courses, read about calming the anxious mind and dabbled in self-help-delivered cognitive-behavioural therapy. These efforts, together with the simple experience of walking through life one day at a time without alcohol, strengthened my recovery muscles. Yet I still struggled with an inability to fully settle, as well as an uncomfortable sense of being too exposed to life’s elements. Alcohol had provided me with a protective second skin. Without it, I often felt raw and in need of a soothing balm.

In 2012, I kept bumping into the concept of mindfulness and its related skills. I wanted to learn more, so I attended an introductory mindfulness meditation course at work. I was struck by how absent I was in my own life. This felt particularly ironic given that I’d assumed sobriety would automatically make me more present. Soon after the course was finished, my father was diagnosed with end-stage congestive heart and kidney failure and died after three very stressful months of struggle. During this time, I proactively sought out grief counselling and remained sober. However, in the aftermath, as I took on multiple executor duties and coped with an unexpected medical issue of my own, my tension, agitation and anxiety escalated.

Several months after my father died, I had the opportunity to register for an eight-week mindfulness-based stress reduction (MBSR) program. I felt the time was right to explore the concept of mindfulness further. Like my experience in the earlier introductory workshop, practising meditation made me realize how often my mind was elsewhere—usually in the future—and how unaware I was of my own body and what it was sensing. At the same time, I became more aware of how uncomfortable I was sitting with certain thoughts and feelings. I am well-practised in avoiding emotions that cause me discomfort; I wanted to jump out of my skin and bolt instead of staying with unpleasant feelings until they (inevitably) passed.

One of the many benefits of the structured, rigorous MBSR program is that it prepares you to continue a regular mindfulness meditation practice after the program is over. This certainly worked for me. It’s been almost three years now and I still try to sit every day, even if it’s only for 10 minutes. Mindfulness gives me easily accessible skills that allow me to become aware again of my body, use breathing to calm myself, focus on the present and quiet the incessant chatter of my “monkey mind” as it swings from one thought to another, and be compassionate with myself (which is always a work in progress). Mindfulness has also given me a way to cope with my father’s death that is very different from how I dealt with my mother’s death. I am able to meet my grief, actually feel it in my body, sit with it while the wave of sadness washes briefly over me, confident that it will not drown me in its wake.

As my teacher often reminded us, mindfulness is simple, but it’s not easy. I still struggle with the practice of mindfulness (both as a formal meditation and as an informal, daily awareness) and self-compassion, particularly when I’m under stress or dealing with uncomfortable emotions—which, ironically, is when I could benefit from meditation the most. I’ve also discovered that mindfulness doesn’t “fix” anxiety, worry or grief. Instead, it helps me relate to these states differently: with awareness, acceptance, more objectivity and some confidence that this, too, will pass.

In times of emotional discomfort, I occasionally fantasize about how easily alcohol could soothe the situation. But ultimately, I know where this superficial and short-lived solution would lead. I continue to believe that doing the harder work of mindfulness offers me a healthier, more sustainable way of dealing with life’s inevitable challenges. At times, the impulse to avoid or numb difficult emotions is still strong, but mindfulness has given me greater confidence that I can allow life in and sit with it as it is.

Maureen lives in Victoria and works in the area of employee health promotion, including involvement in mindfulness meditation programming in the workplace. Last year she completed a diploma at McMaster University in addiction education