Waking Up to Clarity, Wisdom and Gratitude

How mindfulness practice saved me from myself 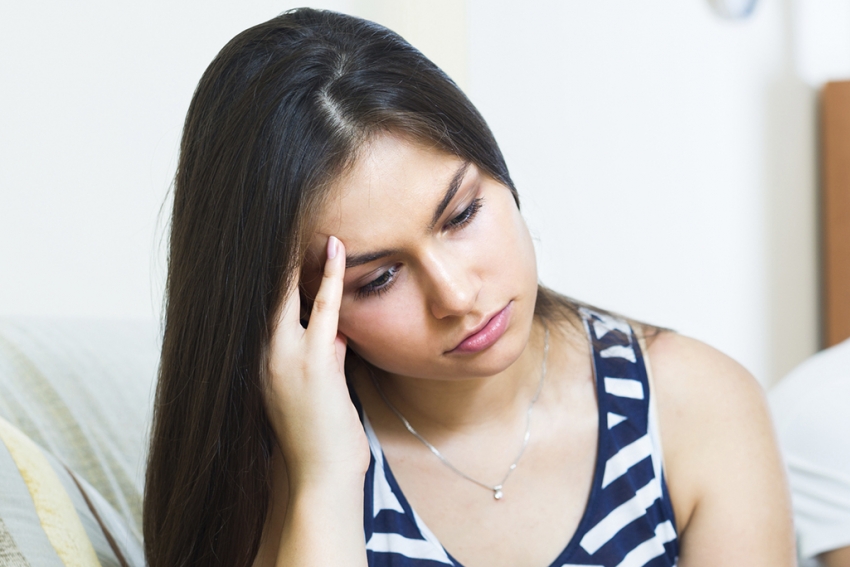 I was raised to be a “nice girl” and had a naturally open, compassionate heart. Both of these aspects of my personality made nursing—particularly nursing children with cancer—a good career choice. But the same two traits also made me vulnerable to confusion and delusion about the true nature of compassion.

I was married for years to a man who was emotionally, verbally and financially abusive. When he was diagnosed with depression, I attributed his abusive behaviours to his mental illness. I was critical of myself for not being compassionate enough. I tried to support him—as he was unable to work and went on disability leave, began antidepressants and underwent many other medical treatments—but things just got worse. His rage was a coping mechanism; perhaps it made him feel alive and energized.

His rage became so great that I was afraid to come home after work. At home I felt like I was walking on egg shells. Living in this situation, my son and I both struggled with anxiety and complex PTSD. In his early twenties, my son moved across the country to the west coast in order to escape the family drama. I missed him terribly, but I was glad he was not in the quagmire.

One day at work, a trivial matter resulted in my complete mental and emotional meltdown. At the time, I blamed my collapse on workplace harassment and other work stresses. In hindsight, I realize that I was avoiding certain truths about my personal life. It was the cumulative stress of my home life that was the real problem.

Today, well healed and with the wisdom of time, I can look back and view my lack of insight not as a failing but as a blessing. It started me on my path to recovery, which began with my taking long-term disability leave from work, beginning medication and seeking out a counsellor. This gave me the stability and confidence to take on the task of looking within. I realized that my husband had only ever wanted a pill to fix his problems. He blamed others for his unhappiness. Once antidepressant medication and other medical interventions were offered, he showed no interest in trying any deeper, more personal healing. He seemed incapable of doing any work to change his thought patterns. I began to suspect that this was the missing link—that this was why he continued to suffer.

I’ve always been a spiritual person. My work, where I was surrounded with children and families who were experiencing death and dying, really was intimate, spiritual work. I saw how important spirituality was in coping with the most difficult experiences of life. I knew that to truly, permanently recover I needed spiritual guidance.

I started reading and came across a book published by Shambhala Publications: Pema Chödrön’s When Things Fall Apart. Chödrön writes, “[W]hat we habitually regard as obstacles are not really our enemies, but rather our friends...Whether we experience what happens to us as obstacle and enemy or as teacher and friend depends entirely on our perception of reality. It depends on our relationship with ourselves.”1 These words led me to a local Shambhala Centre, where I took many of the centre’s programs on meditation and mind training. From then on, no matter what was happening at home, I made a point of going to the centre three times a week to meditate and learn. I knew intuitively that I had to transform my negative experiences into positive energy—I had to do a bit of spiritual alchemy, let’s say.

What I learned about mindfulness meditation has become invaluable to me. For example, I learned that meditators don’t empty their mind of thoughts. The idea is to watch the thoughts and give them some space before you act on them. Eventually you begin to respond from a place of choice instead of simply reacting to thoughts or emotions.

After a particularly difficult week at home, I had a moment of profound clarity. That week, my husband had screamed for 13 hours in one day—while I cried under the covers. Later, despite his protests, I went to the meditation centre. There we had a teaching on the difference between “idiot compassion,”2 the desire to avoid conflict, and true compassion, the desire to free others from suffering. I really meditated on this. I went deep within. It became clear to me that allowing him to abuse me was actually doing him more harm than good. My desire to help him was hurting both of us.

When I went home that evening and my husband started to rage again, I woke up. I realized that the time to leave was right then and there, and I did so, without any plan at all. I packed the biggest suitcase I could and walked out the door.

Financially, I lost everything. I was still on long-term disability leave, I was paying rent, and I was paying the mortgage on the house that my husband was now living in alone. I had to go to a food bank because I didn’t have enough money for groceries. Eventually I filed for bankruptcy. I walked into the bank in tears and said, “I can’t afford the mortgage on my home anymore. Here are the keys.” I don’t think the bank staff knew what to do with me. These experiences were humiliating, but they also opened my eyes to the challenges faced by others every day. Nowadays, I like to say that I lost everything, but in losing it, I found myself—my genuine self. That is what mindfulness practice did for me.

Mindfulness training taught me that when we recognize that we are angry, we are able to transform that anger into wisdom. We need to give our anger space, to look deeply at it and then choose our actions carefully. Acting out of anger and not wisdom is poisonous.

I worked hard to not be drawn into typically human “woe is me” thoughts. That was empowering. I accepted responsibility for my role in our life together and I decided to be grateful for what I had learned, particularly for the fact that it was his illness and actions that led me to mindfulness practice in the first place.

As I continued my mindfulness practice, I began to make other changes as well. Though I loved pediatric nursing, I realized that going back to my old work environment would not be good for my health. I made the difficult decision to retire from nursing and move to the west coast to be closer to my son and to make a fresh start.

Sometimes I still get triggered (for example, conflict still causes me anxiety), but it happens less and less often. I can always return to the present by focusing on my breath. I can take a walk and feel my feet touch the ground with each step, listen to the sounds in my environment, and see the beauty that surrounds me. The more I practise being right here, right now, the simpler it becomes.

But being mindful does require practice. Several months ago, I realized I was not coping as well as I had been. Overall, life had become less stressful, so I wasn’t practising regularly. When a stressor came up, I became increasingly anxious, focusing on what I call my woodpecker thoughts, which hammer endlessly at my brain when I’m worried and not living in the present. Now I make a point of starting my day with my meditation practice. It makes a remarkable difference to my state of mind, providing me with clarity and a sense of calm.

Another great benefit of mindfulness is that I can set a good example for others, including my son. Now, if I am stressed, he will say to me, “Go meditate on that, Mom. You will figure out what is best to do.” He has started adding mindfulness practice to his own life, and has begun talking about his anxieties so that he doesn’t take them home to his young family.

As I travel on my life journey, I hope to be a beacon of hope to those who struggle with anxiety, grief, anger, depression, abuse or any other challenges that humans regularly face. We may not be able to change our circumstances, but we can change our behaviour: we can respond rather than react to difficulties. This will make our lives more manageable even in very stressful times, and it will help us gain the wisdom and clarity to deal with the struggles of life.

Yeshe, a retired pediatric nurse and practising Buddhist, uses her nursing background and experience with mental health to support families in the mental health system. She knows the impact meditation can have and advocates mindfulness practice in her work, aware that helping others is the best cure for our own suffering