Skip to main content
Don't forget to take our survey so we know what you think! You can even win $50! Survey

For Better Or For Worse 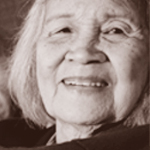 I grew up in a very happy home and married my husband Larry* when I was 21. Both his parents were alcoholics, but none of his six siblings is an alcoholic, nor was Larry for the first nearly 30 years of our marriage.

When our son was diagnosed with schizophrenia at the age of 24, however, my husband dealt with the devastation of that diagnosis by drinking. I, on the other hand, went to the BC Schizophrenia Society support meetings, joined an Alanon group (self-help recovery group for people affected by someone else’s alcohol addiction), and had my faith in God to fall back on.

Why is it that Larry ended up drinking rather than dealing with our son’s illness in a positive manner? I’m sure it was insidious—it just crept up on him. He didn’t ‘choose’ to become an alcoholic, though with alcoholism in his genes, he could have been more careful.

The fact that Larry suffers from depression hasn’t helped. His depression was diagnosed about 29 years into our marriage, after our son’s schizophrenia diagnosis. When our son became ill and I became more educated about mental illness, I realized Larry had been depressed our whole marriage.

After one winter of feeling completely miserable because of him—he blamed me for everything that went wrong, never wanted to have anyone over, and whatever I did was unsatisfactory—I threatened to leave if he didn’t see the doctor about his mental health. So finally he got diagnosed by our GP.

With medication, Larry is easier to live with. He has consistently taken his antidepressants; if he forgets, I know right away because he becomes critical of me again.

I suspect that the antidepressant doesn’t work as effectively as it should because of Larry’s alcohol intake. He still has a negative outlook about most things. Summers are usually easier, but winters find him in bed sleeping a lot. We try to plan a sunny getaway every winter, as Larry perks up in the sun.

In the spring of 2011, my husband was so sick with his alcoholism that the family did an intervention. Larry seemed to be on the road to death—drinking, vomiting and going back to bed, day and night. He didn’t want to go to rehab, but he was in no shape to resist for long. We delivered him to the facility, where he stayed for six weeks.

Larry remained alcohol-free for nine months, but he didn’t change his lifestyle, so predictably began drinking again. Although he did attend Alcoholics Anonymous (AA) meetings, a big stumbling block for him in the 12 step-based AA program is that he cannot find a higher power. He didn’t do the daily readings, didn’t exercise, and is now back to drinking from morning until night, so no longer attends the AA meetings. Some days he is up and about, and others he is in bed all day; “good days” and “bad days” I call them.

Although Larry says he would like to be sober, he continues to handle stress by drinking. Some might say I am enabling my husband to drink by staying with him in the circumstances. When I do leave for breaks of a few days, he tells me how much he missed me and that he doesn’t do very well without me. I know he needs me to keep his spirits up. The professionals would probably say I should have left a long time ago, and then Larry would be forced to cope and make changes. Maybe they are right.

Today a lifetime of smoking (he’s now 68) and 17 years of heavy drinking have taken their toll on his body and he is contending with multiple serious medical problems.

My ‘recovery’ in the face of ongoing relapse

Back when I first realized my husband had become dependent on drink, I learned some valuable lessons from Alanon. I bought Courage to Change, the book of daily short readings, and did the readings daily. And I was able to “Let go and let God,” as they say in Alanon, meaning that I accepted the fact I had no control over my husband’s alcoholism and I just had to entrust him to God’s care.

I learned to get on with my own life within my marriage, often without my husband. I created an independent life with my own friends—without them, I would be sunk! I have lunch and coffee dates, a regular walking partner and confidante, and I keep in touch with many friends daily through Facebook.

Larry and I do family activities together, such as visiting the grandchildren, having lunches out with our son, and spending time with extended family. We also love to go boating and have had some wonderful trips, just relaxing and exploring our tie-up locales.

When we retired about 10 years ago, Larry’s drinking became much more ‘in my face.’ It has been very difficult watching him waste his life, passed out on the couch much of the time. It’s certainly not the retirement of boating and travelling we had envisioned. We’ve taken some trips, but travelling with a smoker (Larry has smoked since he was 16) and alcoholic is difficult. Much of our travelling time is spent looking after his addictions to keep him a contented travelling companion.

Without Larry maintaining sobriety, I cannot ‘recover’ our former, happier marriage. But I still start every day with my readings, prayer and journalling, which has helped me deal with my situation. And I’ve begun going on trips with other friends and family members. I have only one life to live and I want to enjoy it.

Larry encourages me to plan my life without him. He doesn’t want me to suffer because of him, and perhaps it eases his guilt. He is generous, always making sure I have money to spend. He knows he has let me down and tries to make up for it by supporting me to enjoy myself.

As a part of Larry’s residential treatment, I went to a therapy group for five days, where I discovered that I “stuffed,” or ignored, my emotions. This is a common coping mechanism. For years I haven’t been able to say what I want to say and have been ‘maintaining the peace.’ Now, with the help of Alanon, I’m working at getting in touch with my feelings. With Larry continuing to drink, though, it’s not possible to share intimately with him. I don’t want to upset him, as it leads to senseless arguments. This loss of intimacy is sad, but given the circumstances, unavoidable.

But there has been plenty of glue to keep us together these 45 years. Larry has always had a wonderful sense of humour. He’s a hard worker—he built our home over 40 years ago, doing most of it himself. His risk-taking nature has paid off financially. He has always been an involved and supportive father. He’s very honest and has good morals. Our best times are when we’re working together, clearing the land, building the house, renovating, cutting firewood—we are still involved in that work together! We have a lot to be thankful for: two grandchildren, a lovely home and financial security.

Alanon has taught me that it is possible to have a satisfactory life with an alcoholic if that is the choice I wish to make. It’s all about appreciating the life I do have.

Love will prevail, as it always has in our marriage. I won’t desert Larry just because the going is rough. I made a sacred vow to love him in sickness and in health, till death do us part. I intend to keep that vow and am proud that our love has weathered the many challenges put before us. We will finish the journey as always, together.