A quagmire of approaches and attitudes 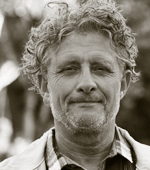 My encounters with the mental health and medical systems substantially confused my recovery path. Ten years ago, I experienced a number of losses. The worst was losing both my parents to sudden illness, followed by a close friend who committed suicide shortly after we had spent significant time together. I became severely depressed and suicidal. I didn’t have a concrete plan to kill myself, but thought I’d better get professional help before things escalated to self-destruct levels.

I had been in recovery for an alcohol addiction problem for some years, and didn’t want to go backwards toward the chaos and pain of active consumption. So, I thought an addictions counsellor might best be able to assess my situation. Rallying my resolve, I went into my local addiction services outpatient clinic for an assessment.

A barrage of questions came at me from the intake worker there, who took notes “to determine the severity of my risk.” She felt I needed continuing outpatient counselling, and wanted me to sign a service user agreement. This document outlined the parameters of counselling, including that I would not accept medications from any doctor, or outside referral source. I asked, “What if I had to go into emergency at a hospital in the middle of the night, for severe anxiety, or suicidal feelings?” She said that would violate, and therefore terminate, our service agreement. I was shocked at her reply. “Well,” I stammered, “where else could I go to get help?”

She suggested I go across the street to the mental health services office, and she proceeded to set up an immediate intake appointment for me.

A little confused, I crossed the street and announced myself. Soon I was in a private office with a social worker. I went through much the same scenario as I had with the addictions intake worker—and received the same evaluation: I was “at risk,” and should attend ongoing counselling sessions.

Another service agreement contract was produced, only this time it required that I agree to inherently comply with the recommendations of the staff doctor, including the medications prescribed for, exactly as written. Feeling uncomfortable about this, I asked, “Do you have an addictions specialist on call as a staff physician?”

“Well, not really. They’re trained psychiatrists; they know their medications really well. But medications only work if you take them as prescribed; otherwise, you’re in non-compliance with his recommendations, and your counselling and all services will be terminated.”

“Well, what if I feel I’m creating cravings for my street drugs by taking his prescription?”

“He’d give you another medication to deal with that symptom, then.”

“How many medications does he have?” I naively asked.

I really panicked at the authority this staff psychiatrist was going to have over me. I felt very confused and frustrated: all my feelings of rejection from my friend’s suicide were now complicated with a feeling of being unacceptable to both these helping institutions.

“I think I’d better get a second opinion from a private psychiatrist,” I replied, as I walked out of her office.

It felt like metal doors to rehabilitation were closing forcefully behind me. It seemed a great irony that these ‘helping professionals’ were asking me to give up my right to inform myself and make my own way through the treatment experience. My anxiety was definitely on the rise.

I put the word out that I was looking for a psychiatrist. A trusted friend recommended one she felt would understand my spiritual ‘ravings’—I see visions, receive visitations and experience astral projection. I met this doctor in a comfortable office, in my neighbourhood. He was Indo-Canadian, and wore a silver wrist band, which looked the same as one my yoga teacher, who practises a form of Sikh yoga, wears. I asked the doctor if he practised this faith, and he replied that he did. This opened a whole area of conversation, and he seemed enthusiastic to discuss these spiritual matters.

So when this psychiatrist prescribed antidepressants, I, keeping an open mind, was willing to comply. I started on a dose of a popular SSRI medication. After two days, I called and said I was experiencing side effects, including rushes, palpitations, hot flashes and tremors. He said, “These drugs don’t take effect for two to three weeks. You must be mistaken.”

I replied, “I never waited two to three weeks to get high on a street drug, and I know what it feels like to be getting stoned!”

“How am I supposed to help you then?” he asked.

“How about we sit down and talk to each other?” I suggested.

“I don’t have time for that,” he retorted.

So I said, “How about I read about the natural herbs, vitamins and other holistic alternative treatments for depression and report them to you, and you evaluate them according to your accepted medical criteria?”

Since then, I have spoken to many alternative health/healing practitioners and have explored many herbs, vitamins and other holistic treatments. Much has been very beneficial, and I have managed to establish a recovery program of well-being modalities, including massage and reflexology, chi kung and yoga (kundalini, ashtanga and restorative), as well as singing and accompanying myself on guitar.

This route has had its own issues. One thing particularly relevant to me has to do with a recommended practice of a holistic program: cleansing your blood and digestive tract of toxins. One of the components of an often-suggested kit for this purpose is a herbal formula in tincture form, which is taken internally. Tinctures, however, can contain as much as 70% alcohol. While there are tinctures without alcohol (glycerin based), they usually have to be special-ordered.

Luckily, I noticed the alcohol content before opening the box and asked for a refund or exchange. When the sales clerk asked why I was returning the kit, I told him that I had abstained from alcohol for 23 years and that I believed my system would be intolerant of any amount or form of alcohol.

The previously friendly and supportive clerk lashed into my remarks, stating that tinctures don’t contain any “active alcohol” and “couldn’t hurt a flea.”

I replied that I wasn’t worried about a flea, but about myself, and I wasn’t going to take any chances at this stage of my recovery.

Since I wrote this article eight years ago, I’ve moved into a more active mode of recovery. This has taken the form of two new and important streams.

The first stream has been the ‘nutrition as medicine’ perspective. My interest and commitment in this area has been kickstarted by viewing the movie Masks of Madness, which explores underlying nutritional problems that can worsen mental health problems. I felt encouraged to lower my carbohydrate intake as these foods (especially pastries, breads, rice, cookies, chips etc.) convert to sugar in the bloodstream quickly, causing a spike and then a rapid drop in blood sugar. This causes irritability, fatigue and a myriad of other unpleasant symptoms.

Another fairly well-known take-home message is that caffeine in coffee, chocolate and sodas encourages the release of stress hormones from the adrenal gland. These hormones produce that racy feeling associated in most cases with anxiety and other mental health conditions. It’s easy to mistake coffee as a source of water, but caffeinated drinks can lead to dehydration. The water also loses its benefits if beverages are loaded up with sugar or flavoured sweeteners.

The second stream of treatment I’ve been pursuing has been post-traumatic stress disorder (PTSD) treatment for the underlying symptoms of my depression and anxiety. The PTSD piece for me presented itself as a group-based therapy called Seeking Safety, available at some mental health teams and Pacifica, an alcohol and drug treatment centre on Vancouver’s eastside. This therapy incorporates cognitive-behavioural therapy (CBT), energy practices such as breath work, eye movement desensitization and reprocessing (EMDR), emotionally focused therapy (EFT), and neurophysiology (how the brain and nervous system works) presented in understandable terms. I was familiar with all these modalities through yoga, but the added social support was the crucial element for me. In a neurophysiology sense, I translated the compassionate, informed group leader as a ‘positive parent and role model’ and I connected with the other participants too. Over eight weeks, Seeking Safety gave me a chance to rehearse skills and then apply them in my daily relationships. This therapy works without discussing details of past trauma; occasionally deep feelings may arise but the focus is on changing the underlying negative belief symptoms, which is where CBT comes in.

I am not recommending anything unconditionally, you should consult with your doctor or psychiatrist as you do your research. Wherever your healing lies, I wish you hope and success in finding your personal path to recovery.

Bob is a Vancouver-based healer and conscious community networker. He performs with guitar at local events; facilitates workshops in yoga, meditation and dietary practices; offers personal sessions in foot reflexology, body and energy work, and addictions and transpersonal counselling; and writes on various themes for local publications

This article originally appeared in 2007 in Visions Journal, except for the sidebar, which is a 2015 update