Salvation in a Photo

Disillusionment, self-injury and recovery through a photographer’s lens 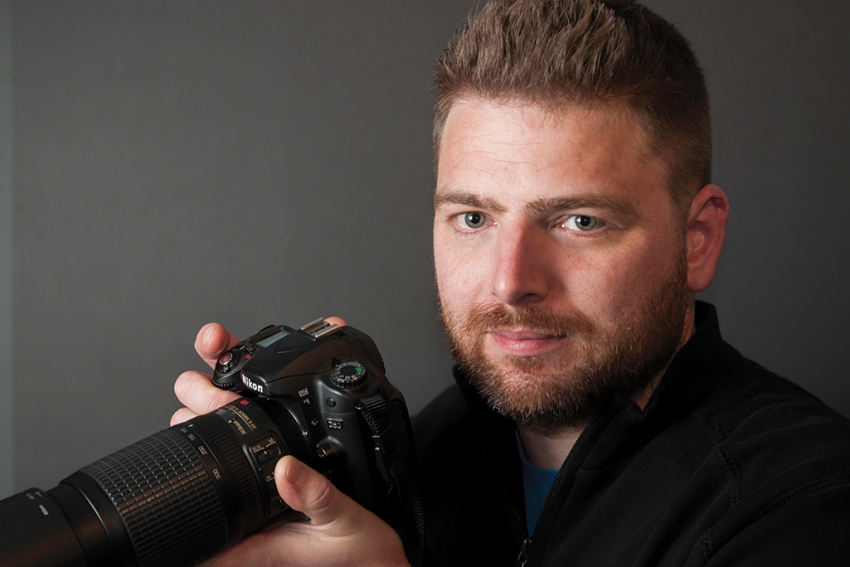 My story does not begin with a childhood of grief and tragedy, but rather one more akin to a scene from television’s famous idyllic town of Mayberry. I was raised by parents who were happily present in their kids’ lives. Life at home was safe and predictable, minus the occasional bad decision on my part—such as the time I built a campfire in my wooden wagon so I could take it to my friend’s house for a marshmallow roast. I didn’t make it to my friend’s house that day; neither did the wagon.

I grew up under the illusion that kids brought up in happy, functional homes would become happy and healthy adults who, upon finishing their university education, started a family in their new house, ideally located within walking distance to an excellent little café. I suspect that many people with chronic illness can relate to the feeling of watching their perfect life plans dissolve into the painful disillusionment that real life brings.

By my late teens I was experiencing anxiety and I found my last year of university abnormally stressful, but soon I was a graduate of the social sciences, ready to take the world by storm—or at least research the heck out of it while keeping my local coffee house well in the black. I was offered an opportunity working in the federal criminal justice system, the kind of job where you believe in the inherent societal value of the work.

In retrospect, I should have been more alarmed by my growing levels of anxiety and stress, but I still believed I could work through anything. When I began to falter in the early days of training for the new job, I brushed it off and pushed harder.

As the days and weeks passed, however, I knew I was in trouble. Instead of acclimating to the new environment, I was coming apart under the stress. I honestly felt like I was having a continuous heart attack while my brain was stuck in a frenetic short circuit. I had no idea what was happening; I had never experienced anything so horrifying and disorienting. Later, one of my doctors suggested that I had experienced a psychotic break during this time.

The effects of my anxiety (eventually diagnosed as social anxiety disorder and generalized anxiety disorder) were compounded by this career move to another province—and now, on top of that, I was literally losing my mind.

I believe this was when I first began to self-harm. I don’t consider myself a runner—at least not a natural one. I ran throughout university for exercise and as a stress reliever. But now when I ran it was different. I would run past the point of being sick and push on until it hurt so bad I cringed in pain—and then I would run some more. I’d experienced a “runner’s high” often before, but the high wasn’t what I was chasing now; it was nothing compared to the psychological whitewash offered by the pain that followed. Not until every part of me from my lungs to my feet felt like it was being poked with hot irons would the noise in my head stop. As long as I kept running, I could think. But I knew I needed to get to a place where I could be still. I wanted to feel human again.

I took stock of my situation. I was in a city where everything felt foreign. Normally this would be the perfect place to start an adventure, but this time everything felt hostile. I had just spent the last five years in university to get here, and now it felt like being here was killing me. With feelings of regret and relief, I resigned from my training position and moved back home to heal.

Upon returning home, I found my footing and started a fine-woodworking business. This slowly but steadily grew into a good lifestyle. But six years later, I experienced my second psychotic break while wrestling with the stress of what was the highest-profile project my small shop had yet landed.

Something odd happens to me at this stage: I get really quiet and calm on the outside, even though the inside feels like a re-enactment of Passchendaele. I can see now how it is possible for someone to take his own life without anyone knowing it was coming. It’s as if the only real warning sign of inner despair is the lack of recognizable warning signs.

I was living in a state of mental anguish, continuously feeling the sort of grief one feels when told that a family member has died. Again, I found myself looking for options—anything other than suicide. I would tell myself, “Suicide is always there, it’s not a limited-time offer, so try something else first.”

And so, without seeming to make any sort of conscious decision, I found myself cutting—eventually cutting over 200 times before seeking help. I became really good at cleanly gluing together my wounds, and I would explain away the red lines as some sort of feline intervention gone wrong.

I lost a lot after that second psychotic break. I had to shut down my business, and the wealth I had worked to build evaporated in the two years of recovery that followed. But with the love of family and friends comes help and support. I was never shamed by friends or loved ones for self-injuring. I only felt their respect and positive affirmation.

I was two months into a nine-month waitlist to see a psychiatrist when I found the Mood Disorders Association of BC. In a matter of weeks, the association had me in for assessment and I was diagnosed with bipolar disorder 2—a diagnosis that made sense of the whole picture. On one hand, the diagnosis was frightening: my perception at the time of what bipolar disorder is and what it entails was grim. Yet I also experienced a sense of relief. Now I knew what I had been coping with for the past eight years.

In the midst of this chaos, I kept picking up my camera and photographing the outdoors. What had always been a casual hobby was growing into a healthy distraction, even a lifeline. Making a good photograph requires the photographer to be present in the moment and to fully engage with the environment. You can’t just think about filling the frame with your subject. You have to consider the foreground, the background, the composition and the lines you want the eye to follow. You need to see in terms of light and shape, and when handholding a telephoto lens under the muted light of a forest canopy, you must control your breathing and fine muscle movements. If you want to consistently take good photos, you have to work for it.

As I spent more time outdoors with a camera in hand, I cut less. The urge was still present, but now I had a healthier outlet. At the time, I thought photography was just a way to keep myself busy, but I can see now that photography grew beyond being a distraction. It became a process of mindfulness. The camera was a catalyst for healing.

It’s been a couple of years since I last cut as a way to cope with the mental anguish associated with bipolar disorder. It’s naive to believe the romanticized depiction of mental illness being a gift in disguise, but that doesn’t mean that there aren’t positives to be found in the daily challenges it brings. As I continue to share my story with others, many have confided in me their own struggles with mental illness. Often these people break the stereotypes that society has of the mentally ill: they are successful professionals in their field or have dedicated their life to raising an incredible family, living outwardly enviable lives. In essence, they have become masters at editing the photo album that is their life, carefully choosing which photographs of their life to display and which ones are never developed.

As it turns out, this was the recipe for Mayberry all along, hand-picking the idyllic shots and never showing anyone the mess of crops lying on the floor. But as it also turns out, walking with mental illness has taught me that truly living is being willing to experience and share with others an authentic and unbridled life, including the less-than-picture-perfect moments that are lived in the cropped margins.

Stephan is a nature photographer and husband. When not with camera in hand, he serves as a feline butler and a local volunteer. While still passionate about the social sciences, Stephan spends most days behind the lens. He lives in Langley, BC, with his wife and their 18-pound mask-and-saddle cat, Moose