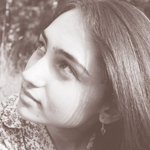 I didn’t notice it at first; depression just crept up on me. After seven months had gone by without a dark cloud lifting from my head I realized something was wrong.

In the past I’d been passionate and ambitious, on fire with life, but depression had struck me numb. I felt like I was just going through the motions, losing all sense of myself. I couldn’t enjoy the things I used to. I was lethargic, physically exhausted and constantly drained—like a wraith, I sleepwalked through life. I lapsed into inactivity, becoming reclusive. I stopped seeing my friends as often as I used to, unable to keep up with their joyful dispositions and feeling like I was only burdening them with my low mood and low energy. I doubted whether my presence even mattered.

One night I searched online for symptoms of depression, took a few quizzes and found that I matched the symptoms almost perfectly. I cried that night—partly out of sadness that this was what had become of my 19 years of life, but also out of relief that there was an explanation for my emptiness. My mom caught me crying, so I told her I felt like I had depression. She connected me to our family doctor and accompanied me to appointments until I was comfortable going on my own.

I was officially diagnosed in April 2012. Surprisingly, I reacted well to the diagnosis. I thought that being labelled “clinically depressed” would only deepen the situation further, but instead it freed me. I was able to view depression as a circumstance I was going through, rather than who I innately was. It was a disorder that could be treated, not an irreversible character flaw of mine. This freed me from self-blame.

The doctor didn’t give me medications. Instead, he gave me tools to manage my mood, so that I could handle future bouts of depression without dependence on drugs. (Every case is different, however, so be sure to consult your doctor.) I’m thankful he took this approach, because it helped me realize I had what it took to heal from this.

The first thing I did to cope with the depression was to get more exercise. There were several benefits to this. First, it gave me a sense of accomplishment by completing a goal that could be tangibly measured for improvement. Second, endorphins (i.e., brain hormones) produced by physical activity boosted my mood and stabilized it. Third, it combated my symptoms of fatigue by increasing my energy levels and alertness. And fourth, it improved my self-confidence by creating a healthy body image.

The second thing I did was to change my thought patterns. The doctor gave me thought-replacement exercises that involved reassessing negative thoughts and replacing them with positive alternatives. For instance, I used to feel worthless and forgotten whenever my friends couldn’t hang out with me, but after reassessing these thoughts, I realized that my friends were just genuinely busy. That was all. They still valued our friendship, and they still valued me. I realized that my negative perceptions weren’t even accurate to begin with. At first this exercise felt artificial, but eventually it became habitual. It has helped me ever since.

The third thing I did was commit to finding enjoyment in simple things. I started playing the ukulele, taking walks in my neighbourhood, doing yoga and painting. I forced myself to be around friends more often, even if I didn’t always feel like it, because being alone too much was definitely not good.

I started a gratitude list, writing down three things I was thankful for each day, realizing that even the smallest things counted. I tried to laugh more, watch movies and get back to reading more leisurely, rather than being so caught up with school work. I adopted the mindset of taking things one step at a time, not rushing, and not worrying too much if I fell down, knowing that I could always get up again.

I also started blogging. I figured that I might as well use my experience to help others who were also struggling with depression. So that’s what I did: I struggled, but from these struggles came new insights, and I shared them. Although I wasn’t completely healed at that point, I decided I’d squeeze as much ‘juice’ from my experience as I could. I wanted my ‘mess’ to become my “message.”

The final thing I did, and perhaps the most important, was to strengthen my faith. Initially, I thought that times of suffering were evidence that God didn’t exist, but it was in my suffering that I found God. Joy and suffering coexisted. I felt depressed, but a deeper hope surpassed it. I clung to the hope that these hardships would improve my endurance, strengthen my character and increase my faith—which they did. I was overwhelmed with gratitude; what originally felt like a curse had become a blessing.

So if there’s anything I hope you’ll remember, it’s this: there is beauty in our struggles. Don’t be afraid to reach out for help, whether it’s from your friends, family, doctor or God, because there are certain things that can’t be done alone. Whatever happens, don’t let yourself feel ashamed. Remember that hardships teach us that we are strong enough to overcome them, and that there are some people in our lives who will never give up on us...even when we give up on ourselves. Be strong.

Celine is pursuing a BA in Communications at Simon Fraser University. Her mission is to reignite a culture of self-acceptance in a world that is far too obsessed with perfection, advocating authenticity above all else. For empowering, honest and inspiring stuff, check out her blog at www.RealTalkBlogs.com