Navigating through Mania and Depression 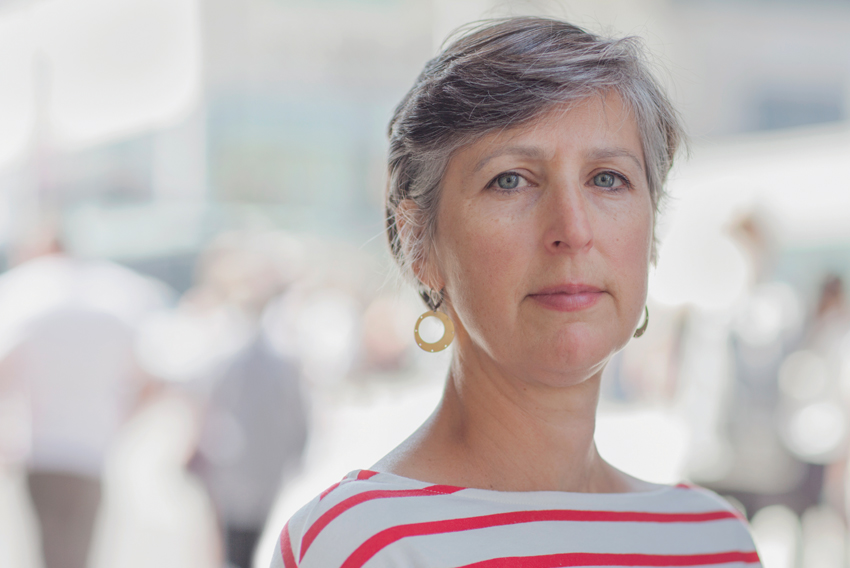 My manic depression, or bipolar disorder, is an incurable illness. But the combination of medication and self-care now helps me stay well.

It took me years to accept treatment. I was a hyperactive child; my attention span was limited and I often lost things. At 18, mania and depression reared their ugly heads. Every two years, stress would build up in my life and then, in May of the second year, I would cycle into mania. I would have trouble sleeping and eating as my mood got higher. My behaviour would become impulsive and reckless; my decision-making would become impaired, resulting in dangerous choices. Money ran through my fingers like water; I used all my available credit. I gave away money. I would not listen to the concerns of my family and friends as my behaviour became increasingly erratic. I spent time living on the streets. As my mood got higher, it would culminate in a rage against the people I loved the most. Then, in August, I would sink into a dark, paralyzing depression that would last until December.

Many years ago, our family doctor gave my parents good advice: “Keep the lines of communication open.” I was sure that if I accepted a diagnosis of bipolar disorder, then I would be considered “crazy” and would be locked up for the rest of my life. But even though I actively ran away from the diagnosis and treatment, I always knew I could call home. I could count on my family.

I was finally hospitalized at age 36 after an acute episode of mania. At that point, I finally accepted that I needed daily medication to balance my mood. I have been on medication ever since, for the past 30 years. This also means no more using marijuana for me. Previously, I had self-medicated, thinking that marijuana helped with my symptoms. But more recent research suggests that THC can cause mania. It is not worth the risk. At my age, another episode of mania will impair brain function.

Learning how to manage symptoms

Since I’ve been on medication, my mood swings have been shorter and more easily managed, and I have not had many full-blown manic episodes. The medications have caused problems themselves, however. Nineteen years on a high therapeutic dose of lithium salt caused moderate kidney damage. Restricting potassium foods in my diet has helped with that. Then, a rare reaction to divalproex sodium caused me to lose all my teeth. But these are prices I consider worth paying for my continuing sanity.

For 12 years, I was lucky to live in a city where I had the opportunity to see three different psychiatrists for different types of therapy. With their help, I learned how to recognize and cope with recurring symptoms. If I have trouble sleeping and eating, I now know to take clonazepam to arrest the mania before it escalates. But because clonazepam is potentially dangerous if it is used inappropriately, I only have a prescription for a few at a time—I use it only as an emergency measure until I can see my doctor or my psychiatrist.

Eventually, I made the decision to move to a more rural community. I wanted to live with less traffic and be closer to nature. But while living in a smaller community has its benefits, there are also drawbacks. At the time, there was no full-time psychiatrist in the small town where I had decided to make my home, so I only had access to a psychiatrist periodically. This meant that there were periods when my mania escalated before I could access appropriate medical assistance. It was a relief when my community finally got a full-time psychiatrist. Now, I benefit from the care of a full mental health team—a counsellor, a doctor and regular psychiatric appointments.

Those of us with bipolar disorder have to be vigilant and watch our mental health closely. We have to take responsibility for monitoring our moods and we must be alert for telltale signs in our behaviour—danger signs. If I am hungry but cannot eat or tired but cannot sleep, those are my danger signs. If I sleep less than 7 hours that could mean mania is starting. If I sleep 10 hours or more, this can indicate depression. My mother and sister and husband can tell by how I talk and by my tone of voice if I am ill or well.

Once mania has begun, it is difficult to put the brakes on. My mind plays tricks on me. Mania has led me to say things and do things that I believed were necessary or true at the time. I realized only later that these words and actions were a result of my manic state—and not what I wanted to say or do once my manic state had passed. In some cases, I expressed anger towards friends who did not understand why I was treating them so poorly—until my sister explained that my explosive anger is part of the illness.

When the system falls short

Once when I was manic, I managed to get myself to the hospital emergency room. The reality of triage in the emergency department means that filling out prescriptions for psychiatric medications is often the last thing on the emergency clinician’s mind. But the stimulus of a busy emergency waiting room is often very difficult for someone with bipolar disorder who is experiencing the onset of symptoms—it can even make symptoms worse. In this particular case, the doctor sent me away with a prescription, but because I was already experiencing a full-blown manic episode, the prescription wasn’t helpful. I was talking quickly, my thoughts were racing and I spent a lot of money. In retrospect, I know if I’d been admitted to the hospital, my manic “high” could have been arrested by calming medication. I would not have alienated friends and I would not have given my husband such a hard time.

Another time when I was manic, I was brought by two counsellors to the hospital. No doctor was available until the next morning, so I couldn’t be prescribed any calming medication. I couldn’t sit still, and I kept rearranging furniture in the lounge. In the middle of the night, a frustrated nurse told me that if I wanted to travel east, I should just go. I took those words to heart and headed out—without shoes and in the dark. I went straight to the bank. One of the symptoms of mania is financial irresponsibility. I am fortunate that my family has always helped me untangle the financial mess that I seem to find myself in after a manic episode. At the bank, a kind teller let me wait in the staff room and contacted my husband. When I cashed in an RRSP and bought traveller’s cheques, my friend was there to take them away from me before I gave all my money away.

I believe that if emergency rooms were staffed with clinicians who were better able to recognize the symptoms of bipolar disorder and the early signs of mania, then we could ensure that individuals in distress received appropriate care quickly, before the situation escalated. It’s important that we advocate for change.

The ups and downs of recovery

Life has been rocky, even when I’ve complied fully with a medication regime. Luckily for me, my workplaces have allowed me time to recover after difficult episodes, with short-term disability.

Sometimes the trigger for a mood swing has been external. For example, the death of my father and, later, the death of a beloved dog sent me spiralling into mania and depression. For these episodes, grief counselling helped a lot. As did self-care. After my father died, I binge-watched 127 episodes of the Rockford Files, interspersed with walks with my dog around the pond. I knew from past experience that the depression would lift in time—as I walked towards the light. Light is both spiritual and religious for me. Swimming, yoga, watercolour art, writing and being taken on sight-seeing drives have all helped in my recovery from depressive episodes. Healthy eating and exercise and daily medication help keep my moods within a normal range. Blood tests every three months help my medical care team monitor my body’s responses to medication therapy.

After a relapse I always feel mortified and embarrassed at the way I have behaved while ill. I feel like I have to apologize again and again. I have no confidence.

I have been so fortunate to have family members who have always been extremely understanding and supportive, despite the vitriol I’ve often directed towards them when I am manic. My family helps explain to new friends to ignore and forgive the raging anger that accompanies the peaks of my mania.

The unexpected value of mental illness

Not everything about having bipolar disorder is bad. I have reaped many benefits from my sometimes-wonky brain. I have a remarkable gift of observation, I am intelligent and make connections with people easily, and my experiences living and working across this vast country have given me insights and understanding that I’m not sure I would have if my brain worked in any other way. I never want to risk losing those things.

But it has taken the outside world a lot longer to recognize that someone who has a mental illness can offer valuable insights that no one else can provide. Labels are important. I was first called a “mental health patient,” then a “mental health client.” Then the label changed again and I was called a “consumer of mental health services.” Now, I am a “person with lived experience.” Finally, a label I can accept: I feel respected for the valuable knowledge I have gained from learning how to cope with my illness.

Leslie is a retired teacher with a BA and TESOL Certificate (English as a Second Language) and has also worked in radio. She is an active volunteer with her local Mental Health Advisory Council. She advocates for mental health awareness in her northern British Columbia community

Addendum:
Just before this issue of Visions was published, Leslie had a debilitating reaction to a new medication. She spent many hours in the emergency room and was unable to leave the hospital without the aid of a cane. Luckily, she and her sister realized early that something was very wrong and advocated successfully for a medication change. Leslie now believes even more strongly in the need for people living with mental illness—and their family members—to be well informed about the illness and their medication options, and to not be afraid to advocate for changes to their health care