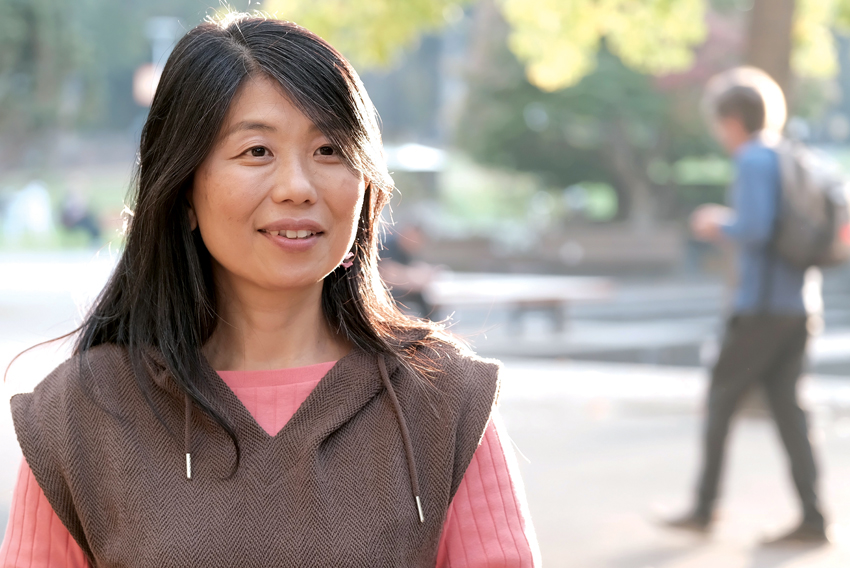 Last winter, when I gave an assignment called the “Social Media Disconnect Challenge” in my undergraduate course, Media and Contemporary Society, at the University of Victoria, I was not sure if all students would complete it.1 I assumed some of them would hate the idea and some might even drop the course.

The Social Media Disconnect Challenge is a two-week group project. First, you document your use of networked media on devices (e.g., laptops, tablets, smart phones) for one week, then you start a one-week media fast, avoiding all of the following:

Afterwards, I asked students to collaboratively identify what they had noticed and how their life had changed during the fast, and to write a group report on mindful social media participation.

I worried because most of my students are part of so-called Generation Z (or Gen Z), which refers to the post-millennial generation of kids who were born mainly in the 2000s and grew up with the internet. They are expected to naturally have a better understanding of digital technologies than older generations and to live in a virtual world to communicate with peers and participate in social activities.

Surprising results of a media fast

When students submitted their group reports three weeks later, my worries were met with a surprising and opposite result: all of the students who participated in the group work completed the assignment, and many clearly stated positive effects from their social media fast. Some even enjoyed it.

One student, Tobi,* immediately noticed that he had better concentration when studying. He finished a school assignment in only 45 minutes; with the distraction of social media and music, this assignment usually took him three hours. Another student, Rachel, found time to prepare hot meals for herself—getting groceries, following a recipe—and enjoyed a tastier, healthier diet. Xiao visited her aunt, who lives outside of town, and gathered face to face more often than usual with her friends. She found this more satisfying than chatting online.

Other students began new personal projects: Natalia tried crochet for the first time and Rohit picked up a guitar to practise again. Ali turned the (real) page of a sci-fi novel just for fun (not for study)!

Of course, some students had difficulties completing the assignment: the beginning was harder for Colleen, and the last few days felt like hell for Akira. Overall though, the students enjoyed the new time and space created by the absence of social media in their life.

The Social Media Disconnect Challenge naturally led students to critical thinking: is it worth putting aside that much time for social media? What else could they be doing during that time? In fact, several students altered their digital behaviours ahead of the actual fast when they noticed how many hours they had been spending using their digital devices—on average, 8–10 hours per day. Similarly, the group reports revealed that some students had already been concerned about overcommitment to social media prior to the assignment and were worried about the negative impacts on their health, especially mental health.

Maybe that’s why the most common findings among the groups were that they slept better and felt less anxiety during the Challenge. I was surprised by this because health was not my major focus; this is a sociology course on contemporary media, and I wanted to improve students’ media literacy. In the classroom I discussed the organization of social media, asking students questions like: why do we spend hours on social media? And why is it so addictive?

Some students had a ready answer to why they’re on social media so much: because it’s fun. Others said: because it’s cheap. Social media users have a variety of reasons for going online, but social media companies have only one: they make more profits when users stay online longer. Digital platforms are designed to make users keep scrolling or swiping by showing eye-catching photos and videos and giving users instant gratification.

While you watch a YouTube video or upload a photo to Instagram, Meta (the company that owns Facebook and Instagram) and Google collect your personal data on your interests, behaviours or relationships, sell the data to advertisers and make money out of it. The Netflix documentary The Social Dilemma describes this new business model established by the “big tech” companies.3 In the film, former tech workers share the internal view of their industry: internet users are not customers but products for advertisers.

Many scholars find that surveillance activities are the basis of this business model. To collect more data from you, big tech keeps creating new apps and tricks to anchor your attention. Often, this mechanism is referred to as surveillance capitalism.4 In other words, it’s not really your fault if you feel addicted to social media, because the addiction is systematically encouraged.

For youth, especially since the pandemic, educational spaces have also become sites of surveillance, including through Zoom, Google Workspace and proctoring software (for monitoring exams). For example, big tech can find out what is discussed in virtual classrooms, how many hours students take to complete assignments and which ways their eyes move during exams. Companies collect and analyze that data to find “pressure points” to sell more products and services. (The same kind of data analytics can be used to modify people’s social and political behaviours.5) As a result, young people experience more sleepless nights and constant anxiety.

The Social Media Disconnect Challenge let me know that surveillance capitalism has a serious impact on young people’s health and future. To protect children and vulnerable people, adults need to respond to the negative effects of digital technologies. Almost all the group reports coming out of my assignment stated that students would like to practise social media disconnection regularly, and they recommended it to their generation and beyond. Who would not like a better sleep and sweet dreams?

* All student names are pseudonyms.

Midori Ogasawara is an assistant professor of sociology at the University of Victoria. Midori studies surveillance and technology from a human rights perspective. Before becoming a sociologist, Midori was an investigative journalist for Japan’s national newspaper and was the first Japanese journalist to interview US National Security Agency whistleblower Edward Snowden