The benefits and perils of independent work 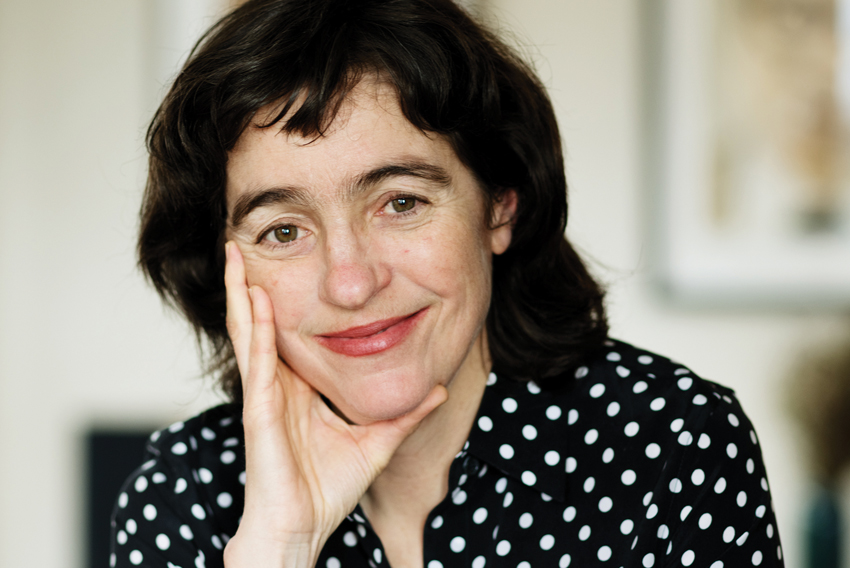 As a child I had no idea what I wanted to be. Whenever I thought of the future I drew a blank. Just one faint image would come into focus: me, in an apartment, in a big city, living independently in a tall building with an elevator. No particular job was discernible.

So when asked to choose an occupation for school projects, I faked it. Lawyer, I’d say—what my dad had once been. It was a job I knew nothing about but that made teachers nod with relief. Here was one kid they didn’t have to worry about.

Wrong. I ended up studying philosophy. University was my safe place, and I ravenously ate up the teachings of obscure sages who cared nothing for the job market. I had a practical side, though. My mom wouldn’t be able to support me once I left home, so I also studied journalism and eventually got my first full-time job in TV news.

I spent my twenties in newsrooms and studio control rooms where the pressure gauge was set to “extreme.” Dashing around on field assignments, desperately seeking guests for live segments, logging 12-hour days and getting yelled at a lot (TV newsrooms were not a progressive place in the 90s)—that was my life. All to ensure that we satisfied the ravenous appetite of daily news.

At night, sleep grew elusive. Dream life shrunk to the scope of the next day’s show, with ghostly scripts and the distorted faces of angry supervising producers floating by. I lived in terror of missing an important story, or being late for a 3:30 a.m. call. I ate poorly.

In the network’s car on the way home from a long shift, I’d fantasize about the people I saw joyously playing sports in brightly lit fields, or relaxing in bars. What did they do for a living? They seemed so…calm. I imagined myself walking away from everything until, one day, I did. I quit and turned to freelance work.

Instantly, the pressures I’d been under vanished. So did my salary. It was up to me to drum up work now. I quickly realized I had the skills to ensure a regular income stream, so long as I remained in the TV industry. I tried new things: human-interest television, rather than hard news; contracts with production companies run by cool women, rather than angry men.

New stresses came up: would there be work next season? Next year? But mostly I trusted myself. The problem was, my heart wasn’t in TV work. I reverted to my childhood strategy of faking it, told people I was fine when I wasn’t. There had to be another way forward—but what? The tunnel leading to the future went dark again.

Pausing to do some community development work in Central America helped. In Honduras I witnessed the real-life difference writing could make. I sent home articles to support the land defending work of a local group whose brilliant leadership I worked under. A light went on in the tunnel: my future would include writing.

Memories returned to me of an early diary I’d kept as a young child, of a poetry contest in grade school, the pains I’d taken to describe a single tree. I finally knew what I wanted to be: a writer! So I moved to Vancouver to study creative writing and spent two years living on savings.

I ran out of funds, of course. At my most broke, I had to borrow from family to make rent. Literary writing became a vocation and a daily practice, but it was not a good living.

This was in the early 2000s, when the “gig economy” (neoliberal for “no social support”) came into focus. Like me, many workers in their twenties and thirties were stringing together a living through contract work. As politically troubling as it was, I enjoyed doing diverse work. It was an antidote to my previous life in media. I was vulnerable, but I was independent.

My early vision of living alone, in a city, in my own apartment? It came true (sans elevator). I transcribed tapes for university researchers. Wrote magazine articles. Helped people collate memories for privately published memoirs. And I started editing other people’s writing. Soon, editing work took precedence. I liked it, and I could do it while writing my own books, which I also did—first, a collection of poetry, then books of fiction. I had a life I’d never been able to picture. A life of the mind and the pocketbook.

But hold your applause: it hasn’t been untroubled. Years after my savings ran out, the stresses of freelance life ballooned. If I couldn’t work, I didn’t get paid. When I had my first child, this stung. Juggling childcare and freelance obligations meant working through naps, on evenings and weekends—no break room to retreat to, no colleagues. The constant search for work never ended, becoming as much of a job as the freelance work itself. So did figuring out my GST remittances.

I’ve had anxiety and bad dreams all over again, this time editing related: what if I accidentally introduce errors into an important document? What if I steer authors wrong? And I’ve never been good at asking for as much money as I deserve. Like many freelancers, I have had to subsidize my salary indirectly with my partner’s, so I’ve also compromised my independence.

A few years ago I made a decision: I would turn editing into a real business. Since then, I’ve incrementally evolved from a free-range freelancer into a sole proprietor. With a business license, a website and stabler clients, I still get anxious, but I feel more grownup too. I even created a logo for my business. Its a pigeon holding a pen in its beak, an ode to my last name and my chosen field.

Freelancing is not, in itself, freedom, but for me, it has marked a freeing transition towards a balanced life outside the safety of salaried employment.

Marguerite is a former journalist turned writer and editor. She has published four books, most recently the long poem, The Endless Garment (Wolsak & Wynn), named one of the Globe & Mail’s “Globe 100” books of 2021. Marguerite lives in Vancouver, where she runs her own editing and writing business, Carrier Communications (carrier-communications.com)