My Diagnosis of Borderline Personality Disorder

The life sentence that isn’t 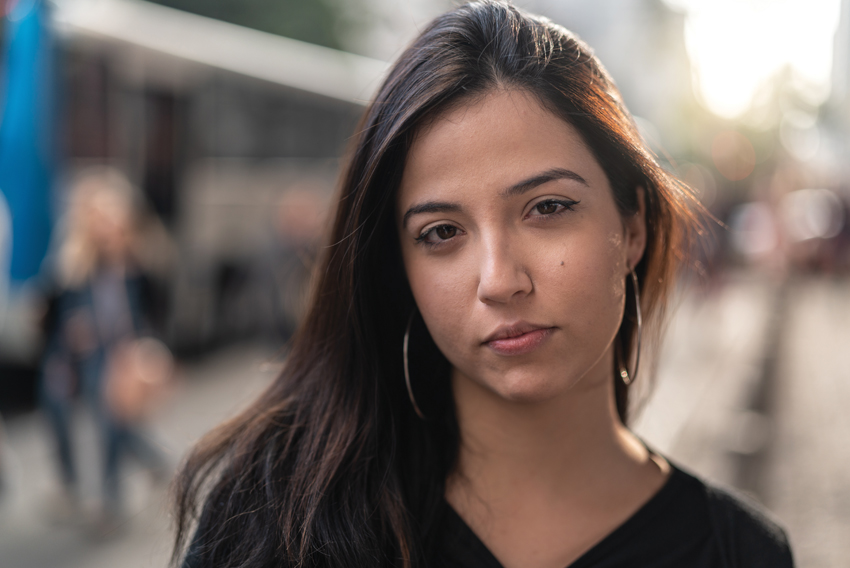 I was diagnosed with borderline personality disorder (BPD) by a psychiatrist when I was hospitalized at age 23. It was my second hospitalization, both times for self-harm and suicidal thoughts. Despite having struggled for many years, this was the first time anyone had suggested I may be suffering from BPD.

According to the Diagnostic and Statistical Manual for Mental Disorders, 5th Edition (DSM-5), BPD can be characterized as a “pervasive pattern of instability in interpersonal relationships, self-image and emotion, as well as marked impulsivity.”1 In order to meet the criteria for the disorder, an individual must meet five of nine hallmark symptoms. As the psychiatrist described these symptoms to me, I realized how fitting they were. I did indeed have a pattern of difficult and intense relationships, I had an unstable sense of self and I experienced chronic feelings of emptiness. But overall, I struggled immensely with big emotions, what the DSM-5 calls “affective instability.” I experienced overwhelming despair, fits of intense panic and occasionally irritability. When these emotions became too much, I would turn to self-harm in the form of cutting and burning myself. I was frequently plagued with thoughts of suicide; I had a desire to escape the deep suffering I experienced on a regular basis.

Being diagnosed with BPD was both a relief and a difficult thing to wrap my head around. When I heard the term personality disorder, I began to think this wasn’t as much a “mental health issue” as it was a problem with me at my core. There was, and still is, significant stigma around BPD. Googling the disorder only fed my fears as I stumbled upon a host of pop-psychology articles that labelled those with BPD as manipulative and dangerous, and provided little hope that one could ever recover. It felt scary.

The psychiatrist informed me right away that there was a treatment for BPD: dialectical behavioural therapy, or DBT. DBT is a comprehensive therapy that treats the varying aspects of BPD by helping people develop mindfulness, interpersonal effectiveness and distress tolerance skills, among others. At first I was skeptical. I was in no rush to begin intensive therapy. A year after my initial diagnosis, however, I decided I was ready. DBT includes a weekly skills group, where people learn and practice their skills, and individual sessions where they work to apply the skills to specific issues in their lives.

DBT isn’t necessarily easy. There are a lot of skills to learn, and participants are expected to do weekly homework. Sometimes I had to force myself to practice skills that didn’t feel relevant to me. At other times skills felt too difficult to use, and I turned to unhealthy coping mechanisms instead. With help from both my group and individual psychologists, I got better at figuring out which skills to use and when. One skill called checking the facts involved reevaluating my thoughts about a situation. Did my friend really want to end the friendship simply because they cancelled our hangout? Probably not. Working to understand that big emotions of intense sadness or rejection didn’t fit the facts made dealing with them easier.

Another core skill I found useful was opposite action. If I was feeling frustrated or even angry during a conversation, I would respond in the opposite manner, for example, with kindness and courtesy. Lastly, distress tolerance skills, such as TIP, helped me deal with big emotions without turning to self-harm. In moments of intense crisis I would splash my face with cold water (the T stands for temperature) or work to slow my breathing (the P stands for paced breathing).2

As I worked my way through DBT, many of my symptoms began to improve. I had stopped self-harming and continued to use my skills in both my professional and personal life. However, I was still struggling with a handful of symptoms, including intense emotions, anxiety and nightmares. Two years after receiving an initial diagnosis of BPD, I was also diagnosed with post-traumatic stress disorder, or PTSD.

At first I felt confused. I had finally come to terms with my original diagnosis of BPD, and now I had PTSD as well? I soon learned this isn’t uncommon. Research published in 2014 found that 30% of adults who met the criteria for either PTSD or BPD also met the criteria for the other disorder, and 40% of adults with BPD had experienced PTSD at some point in their life.3 PTSD and BPD are two separate diagnoses; however, there is a lot of overlap: trauma often plays a significant role in the development of BPD.

Alongside DBT, I also underwent therapy to treat my newfangled PTSD diagnosis. After several months of exposure therapy, I got an even better handle on my symptoms of BPD and PTSD. I soon realized the importance of accurate diagnoses: I was finally receiving the most effective treatment for what I was struggling with.

Three years after my initial BPD diagnosis, I no longer meet the criteria for the disorder. I don’t engage in self-harm or struggle as significantly in my interpersonal relationships. I have a more grounded sense of my identity. Although I still experience big emotions, they no longer affect my life in the way they used to. In fact, I believe the emotional facets of my personality allow me to be more empathetic, sensitive and understanding, all important qualities in the work I do.

Ultimately, I learned that just because BPD might be called a personality disorder doesn’t mean there is anything wrong with who I am at my core, nor did it mean I would struggle with this illness my entire life. With the right treatments and supports, it is completely possible for someone to overcome BPD and go on to live a healthy and meaningful life. BPD wasn’t a life sentence for me, and it doesn’t have to be for others either.

Sophia graduated with distinction with a bachelor’s degree in psychology in 2018 and currently works in the mental health field, where she uses her lived experience to support young people and families. She hopes to enter a master’s program in 2022 and continue working in the field of mental health