Pouring Fuel on the Hypomanic Fire 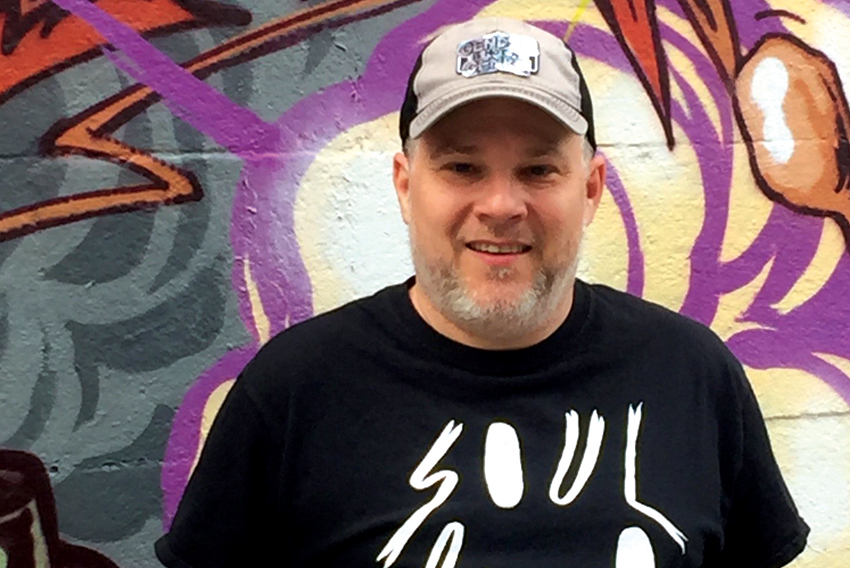 I joked that it was their green room. I slid a cooler full of Hey Y’alls and shitty beer towards the members of the punk band that was playing in my basement. By the time the band finished, I was ready to raise hell. I snatched the last two cans of boozy iced tea and a lonely bottle of beer for good measure, shoved the drinks into my pockets and announced we were all going to the local dive bar.

We tried to hail one of the three cabs in town, but I was too belligerent and the driver refused to pick us up. As my friend tried to negotiate a ride, I grabbed the beer bottle from my pocket and hucked it at the cab. Glass flew everywhere as it smashed against the hood. We all bolted before the driver could find us. My friends were furious. “Why the hell did you do that?”

I didn’t have an answer for them. It was two years before my 2018 bipolar diagnosis, and all I knew was I felt out of control, like my body and mind had personalities of their own. For my friends, the night was about some laughs, drunken rambling and maybe a few sloppy I love you, man’s. For me, this was something more.

The alcohol was lifting me closer and closer to the kind of trouble that could get me arrested and possibly ruin my career as a newspaper publisher. My mind was taunting me. Just do it. You know you want to. At that moment, I didn’t care about common sense. I needed to take self-destruction one step further. What I was experiencing was hypomania, a milder form of mania, and it was getting worse with every drink.

If depression is getting stuck in quicksand, mania is a burst of euphoria—with a dangerous streak. An episode of severe mania can build up for weeks and include uncontrollable elation and energy, delusions of grandeur, racing thoughts and hallucinations that can result in hospitalization.

Hypomania is a milder version of mania that escalates, sometimes to full-blown mania, when substance use is involved. In no way am I discrediting full-blown mania and its tragedies, but in my experience, the “milder” form was slowly ruining my life. Throwing a beer bottle at a taxi cab was a relatively minor incident. I’ve done awful things while hypomanic, things I won’t get into. My addiction to alcohol only piled more rubble onto the wreckage of my past.

After a talk with a sober friend, I attended an Alcoholics Anonymous meeting, but it didn’t feel right. I sensed that I could quit on my own, and the next day I just stopped, cold turkey. The hypomanic episodes became less intense, but other factors soon brought them back to dangerous levels. In October 2018, a few months after I left my newspaper job because of stress, I sank into the worst depression of my life. When I was able to pull out of my black hole, I switched to a hypomanic episode before being blindsided by depression again. My doctor eventually prescribed a new antidepressant. Within 10 days, I was in a psychiatrist’s office being diagnosed with bipolar disorder. It turned out the antidepressant my doctor had given me was mania inducing. My psychiatrist put me on mood stabilizers and I began the toughest fight of my life.

Looking back, my addictions made sense with my bipolar diagnosis—substance abuse and other unhealthy behaviours fuelled my hypomania. Since then, I’ve doubted myself and obsessed over all of the regrettable things I’ve done. I’ve thought about drinking again. I’ve opened liquor bottles and sniffed them. I’ve picked up cans of beer at parties and thought about sneaking into the bathroom to drink them. But I know going back to alcohol would only make my mental illness worse.

Then I found a new addiction—even stronger than alcohol, always at my fingertips. Social media was now the drug that drove me. I would scroll on my phone until the feeds started repeating and spend hours making random friend requests. Every time someone accepted, I’d get a dopamine hit. I wanted to rid social media of discriminatory assholes. I became a self-appointed social justice warrior gone wrong. It took over two years to find the strength to wean myself from social media.

Slowly, my moods have improved. I started going to mental health support groups and have trained to facilitate a bipolar group through the Mood Disorders Association of BC. I’ve become a health coach with Self-Management BC to help others cope with chronic mental illness. I’ve taken every mental health course at the hospital in Powell River, where I live. Besides all that fancy-sounding stuff, I’ve stayed on meds, kept active, eaten a healthy diet, and tried to get lots of sleep. Like most folks with bipolar, sleep is crucial. The less I sleep, the more hypomanic I get.

Now that I’m medicated and relatively stable, I’m more in touch with my emotions. I know how to feel them without acting out in harmful ways, and how to act responsibly without my feelings getting in the way. When I observe my thoughts and keep them from spiralling out of control, my emotions and actions are much more regulated. I have way more control of myself, and I’m able to separate myself from my bipolar symptoms. I tell people, I’m not bipolar. I live with bipolar.

Sure, I still experience hypomania, but without alcohol and social media it doesn’t get to a scary level anymore. Staying sober and avoiding addictive behaviour is a huge factor in that. I’m not constantly fueling a manic fire in my head. Alcohol and social media addiction are a difficult part of my past, but they’re in my past. I’m working on controlling the hypomania that almost ruined me. My recovery is a continuum, and I’m walking its delicate, non-linear path to stability.

Jason is a writer, punk rocker, mental health advocate and host of the podcast Scream Therapy, which is also the title of his forthcoming book (2023) about the link between punk rock and mental health. Jason lives in Powell River, BC. Learn more about him at jasonschreurs.com