Going Mental in a Small Town 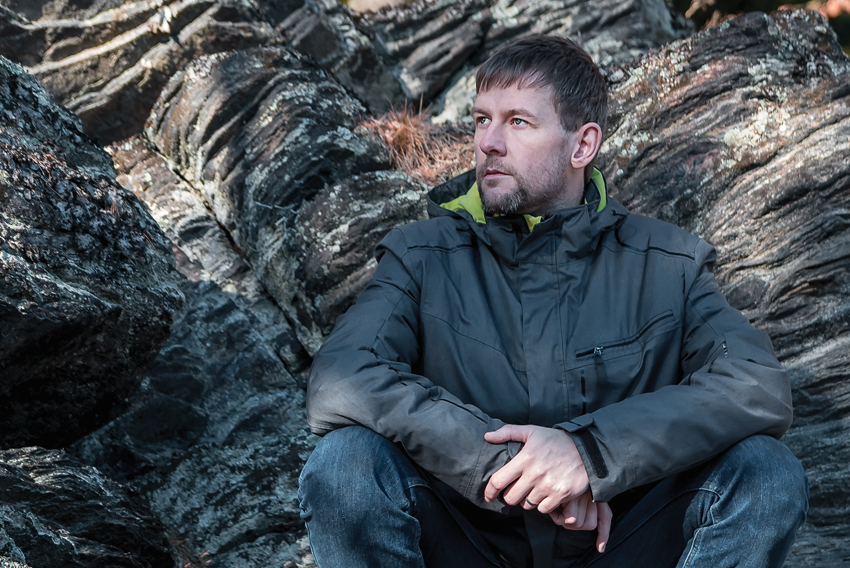 Some people are raised in a small community. Others move to a small community for work, family or other reasons. Those who choose to stay appreciate the connection to nature and the freedom from city life, the beauty and quiet of it all. Sometimes the sweetest sounds are the ones you never hear. Most notable, though, is the sense of community. You know your neighbour, the folks at the store know your name, people know your dog and, for the most part, everyone helps each other out.

But life in a remote community can also be challenging. Isolation, income security and access to services can affect people’s mental health. Everyone experiences challenge differently; the issues I faced became clear once I needed services and didn’t have easy access to them.

Over the past six years, I have been seeking help to address some of the mental health issues I struggle with. Depression, anxiety, negative core beliefs—all began to be much more present; becoming much harder to manage.

While there are some resources available in my home community, finding and accessing the right resources can be difficult.

Everything got harder to ignore; I would get angry and frustrated at nothing and not really know why. I started to withdraw. When I went out, I would feel self-conscious about being awkward, and then I would drink to manage my self-consciousness. It seemed the best solution was just to not socialize.

Eventually, I booked an appointment with a mental health clinic in “Town.” (“Town” is what anyone from a small community calls the next largest community—it usually has a Wal-Mart.) I called the clinic but the soonest appointment I could book was a month away.

When you get to the point where you’re so low that you call someone for help, you need help now, not a month from now. The delay can seem like an eternity when you’re in the moment, the peak of your crisis. You also quickly find that life isn’t going to wait for you to get your shit together. So you just have to figure it out.

When the appointment day arrived, I had already successfully employed all my usual survival techniques. I‘d spent a month burying all those emotions—the mentally, physically draining ones, the ones that scared me enough to book the appointment—and the thought of having to dig everything up again seemed unnecessary now. But I knew that if I didn’t, it was bound to repeat itself.

I kept the appointment, but it wasn’t very reassuring. After a few appointments, I remember receiving a tentative diagnosis of bipolar disorder and depression. I requested therapy more than once but was made to feel that therapy was only available following a course of medication—if it was available at all. The doctor then prescribed medication I wasn’t sure I wanted to take. Side-effects, and the absence of expected benefits, ultimately made my mental state worse. I was on medications for some time, maybe a year or so, before I realized the negative effect it was having. I thought I was going crazy.

A few years later, my thirties would prove to be filled with challenge and heartache. My mother passed away suddenly. My dog passed that year as well. Toxic romantic relationships took their toll. My father had a sex change that neither he nor my family told me about beforehand (that needs its own story, I’m sure). I also quit my job and started a new business.

I decided to ask for help again, though. It actually gets harder the more times you ask, but this time I was serious. I knew I needed to get better. I stayed closer to home—and friends—and told my family doctor what was going on. I got a referral to the mental health clinic and was able to meet with a psychiatrist eventually. After one meeting, he concluded, “there’s nothing wrong with you.” He would add, “You just need to change how you think.”

“You just have to learn to be present,” the psychiatrist said.

It was just that simple.

I was offered appointments with a counsellor, taught about mindfulness, meditation and how to let go of things. These techniques didn’t really answer why I felt the way I did. But I was assured that the why wouldn’t be important anymore. This frustrated me; I felt in my gut that I needed to know the why in order to understand and to heal.

But I tried. A few years of meditation, going overboard on motivational tapes and positivity seemed to help calm some anxiety and depression. But while these skills made me feel productive for a time, they didn’t address the underlying issues in any comprehensive, healing way. In hindsight, I was like a lion tamer whose only tool was a toothpick.

I had effectively used up what mental health services were available to me. The mindfulness skills I learned are helpful, but you have to practise the skills to stay on top of it. As long as you practise the skills, then you can manage how you feel about your problems, even if they don’t go away. But if you lapse in your mindfulness practice, then you start to struggle again. Stress and the demands of life can make mindfulness as a practice hard to maintain over time. In my experience, mindfulness skills were the first to go when things got rough again—which they did.

By the end of 2019, things had gotten steadily worse, and in the first day of the year, I made another serious suicide attempt. On January 2, I woke up in my truck, parked deep in the woods, wondering why the hell I was still alive. How was I going to ever feel normal again? I couldn’t even kill myself properly. What help could there be when I’d already tried twice and was still in this position? Did I even have the energy to fight anymore? I was still alive, yes, but I was too afraid to move forward and had nowhere to go back to. I felt stuck.

I somehow got myself to a nearby emergency room. I felt like I was floating like a ghost. When my name was called, I spoke very slowly, said that I was sorry and that I had tried to take my own life.

This gets you a minimum two-day stay in the hospital. With a new prescription and yet another new diagnosis—this time attention-deficit/hyperactivity disorder (ADHD) and major depressive disorder—I was told to “take it easy” for a few days, given the address of a walk-in counselling clinic, the number for a crisis line, some very kind good-byes. Then I was on my own again.

Surviving a suicide attempt doesn’t provide you with any great moment of revelation; instead, you just feel worse. Before you make the attempt, you feel like you have an answer to your pain: a plan B—the plan you follow when everything gets to be too much. But when plan B fails…guilt, shame, confusion and fear are all you’re left with—on top of all those other shitty feelings that made you come up with a plan B in the first place.

When you decide it’s time for plan B, people close to you may go into crisis mode; you might even feel safe for a short time. But when the immediate crisis has passed, you return to the real world and, well, so does everyone else. It is on you to fix it, but to acknowledge and talk about what really happened and why—that’s hard. I felt guilty for not feeling better, people told me to keep trying or to try harder. I had a desire to bury it all over again.

I did manage to go to an appointment at the walk-in counselling clinic though. I sat in the waiting room for two hours before seeing someone, but this was my only goal for the day. I didn’t find any deep answers—as soon as I sat down, the floodgates opened and everything poured out. But I felt I was finally being heard.

I made another appointment for three weeks later—the clinic is about 200 kilometres from where I live, so I have to plan ahead (another challenge of small-town living). On the day of my appointment, the only road washed out. We rescheduled for the following week, but then my counsellor went on medical leave. I had one meeting with a replacement counsellor, and then the COVID-19 pandemic began. Since then, appointments have been by phone, and I haven’t found them particularly helpful yet.

Despite these setbacks, I have tried to move forward, but it’s frustrating. I had hoped to be on track to a better understanding of myself. I keep hoping things will get easier, but life has always seemed to be a little more difficult for me and I’m still no closer to understanding why I feel the way I do. Co-morbid symptoms (symptoms common to a variety of disorders), assessment after assessment, conflicting opinions and diagnoses, plus the waiting in between appointments! None of this has been easy, not even writing all of this, but I’m told that I have to “fight” to get the right treatment, “fight” to see the right doctor and “fight” to advocate for myself.

But I’m tired, and all this fighting is exhausting. I’ve been at this for a long time now. Not all of it has been bad over the years; it’s the reoccurrence of things that has been so defeating. The year
2020 has been the hardest year of my life. I don’t want to let down the people who care about me but I don’t necessarily have faith that things will get better. I know I’m not alone; it just feels that way sometimes.

For the past 10 years, Michael has lived in a small community on the west coast of Vancouver Island. He operates his own business, loves where he lives and for the most part enjoys—or at least accepts—the challenges of living in a small town