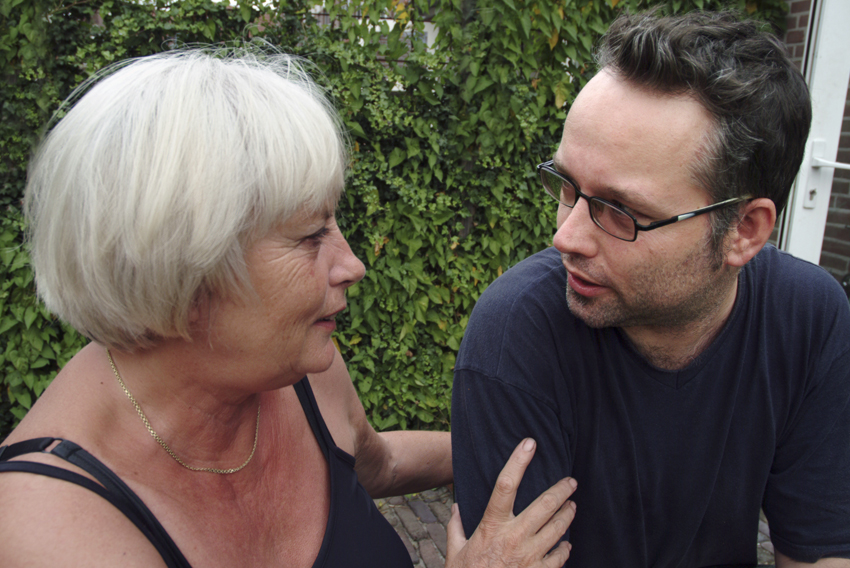 My son had his first psychotic episode in 1998 at age 15. He spent a month or so in the psychiatric ward at BC Children's Hospital. Since we lived on the Sunshine Coast, where there were no specific resources for adolescents suffering from mental illness, Rick* moved in with his father after release from hospital so that he could remain in Vancouver. Once he turned 19, his father and I no longer had a say in whether he continued treatment. He was still plagued by delusions but was unable to understand that he had a mental illness and that not everything he believed was real.

For the next 13 years Rick was tossed about in the world, abandoned by a system that is hesitant to deal with patients without their consent. I watched Rick self-medicate with illicit drugs, lose housing due to psychotic behaviour and take up with questionable companions (many of whom also siffered from mental illnesses and were involved in drug use and petty crime). He was unable to sustain relationships with women and lost custody of—and visitation rights to—his toddler daughter. I became convinced that this lifestyle would kill him. I longed to be able to facilitate compulsory treatment.

After a stay at New Westminster's Sherbrooke Centre1 in 2015, Rick was at last certified and placed on "extended leave." This means he is legally required to take medication and see a psychiatrist. I thought this would lead to greater stability for him, but it hasn’t happened that way. The mental health system has no control over a patient's drug use. Rick has become addicted to crystal meth. This drug seems to undo the effect of his anti-psychotic medication. It amplifies his paranoid delusions.

Lately there has been much discussion about how police shouldn't be handling mental health crises, that these events are better dealt with by people with psychiatric training. Rick came to stay with me at a point, several years ago, when his case manager at New Westminster Mental Health was unable to find housing for him. I was given two alternatives: take him in or let him be on the street. Shortly after arriving at my home, Rick became delusional and aggressive. I called the local mental health agency hoping for advice on how to defuse the situation without involving police. I just wanted tools to stop things from escalating, but the response I got was, "If you feel you are in danger call the police." It seems the mental health system thinks in terms of crisis management only, not prevention. I felt outraged.

Since then, Rick has stayed with me on and off. I have had to call the police about him many times. I now understand why it is no use calling a mental health agency. A person in full-blown psychosis is unreachable by logic or compassion. Mental health personnel aren't equipped to force an unwilling patient to go to hospital—they don't have the muscle. What usually happens: if the person does get to hospital and there is space in the psych ward, they are given an antipsychotic shot, kept overnight and released—regardless of whether they are stable or have a home to go to. If there is no bed, they are turned away on arrival. Sometimes they end up in jail.

Family members are not trained to deal with this, police are inadequately trained and mental health agencies seem powerless to help anyone who is uncooperative.

Rick was not given a firm diagnosis of schizophrenia until his stay at Sherbrooke Centre. I believe that if he'd been diagnosed earlier and received appropriate help during those lost years (voluntarily or not!) he would be doing better now. I know of people with schizophrenia who have jobs and relatively stable relationships. It is possible.

For a long time I blamed the people who work in the mental health system. As in every profession, some workers are more competent and sensitive than others. But even the most well-motivated professionals do not have the funding to support our loved ones. Recently, I was once again given the choice no mother should have to face: let your grown child live with you or he will be homeless. I am elderly and half Rick's size. He resents me for pressuring to have him certified and for helping the system to apprehend his child (an action any responsible grandparent would have taken, given the situation). It is not safe for me to live with him, so he is homeless once again.

People with severe mental illnesses need and deserve more individual attention than the mental health system provides. They need affordable housing—with real supports. The current version of "supportive housing" is inadequate. Housing physically disabled people and low-income seniors in the same building as those with mental illnesses, drug addictions or both while failing to provide suitable on-site treatment and supervision creates another kind of skid row hotel&mdas;funded by government this time!

I know that a return to institutions like Riverview is not a popular idea with some. I also know we desperately need a place where those in acute psychosis can be sent, at least until they are stabilized. Right now, when Rick has an episode, there is usually no space available anywhere.

What with the housing crisis, the opioid crisis and the poorly resourced mental health care system, I don't yet see improvement for Rick on the horizon. Over the years I have felt anger and frustration with the system, as well as grief over my son's illness. I was offended by the suggestion that I get free counselling from provincial mental health services, as I saw their failings as the cause of my angst.

Lately, Rick has had a case manager who not only goes above and beyond to try to help him, but gives me emotional support as well. I suspect it is at a cost to her own free time. I have come to understand that Rick resists help from anyone. The knowledge that there's nothing more I can do has brought a degree of emotional detachment.

Despite this relative peace there is always the worry, at the back of my mind: what will become of Rick now? As one of my fellow BC Schizophrenia Society branch members said recently, "We have two fears. One is that we'll outlive our children. The other is that our children might outlive us." Who will look out for them then?

Jean is a mother and grandmother who lives and writes in a small BC community. While she is long retired from both motherhood and paid work, she find that concern for both her children—even the one who does not suffer from a serious mental illness—never ends