Speaking out about racism in BC’s health care system 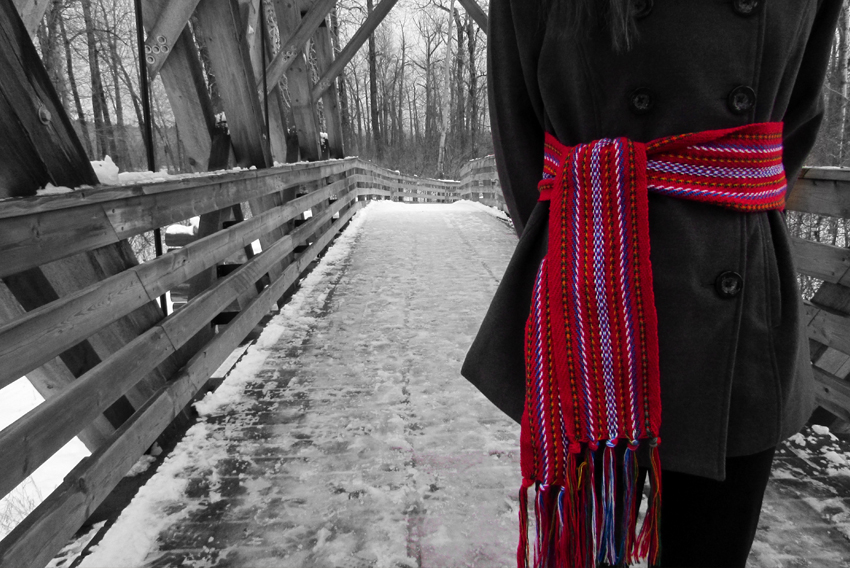 Seeking health care, especially in an emergency, puts us all in a vulnerable position. We put our bodies, our minds, and—often—our lives in the hands of strangers. We are told we can trust these strangers because they are medical professionals trained to help and held to a high standard of patient care, above the influence of social biases.

But what happens when racism and stigma rear their ugly heads in a hospital emergency room?

This is a reality that our Métis people face regularly. Recently, as CEO, I joined with other MNBC representatives to do something about that reality.

Shocking reports of racist games played by emergency room staff in a British Columbia hospital were brought to our attention in June 2020, at the tail-end of BC’s first wave of COVID-19. The global pandemic magnified the challenges in accessing health resources faced by First Nations, Métis and Inuit peoples, highlighting the difficulty so many Indigenous people encounter getting the care they need.

MNBC, along with the Aboriginal Friendship Centre, quickly reported the allegations to BC’s Minister of Health, Adrian Dix. He quickly commissioned an independent investigation based on our recommendations to find out just how deep these currents of systemic racism run in BC’s health care system.

In June 2020, during a phone call with Adrian Dix, representatives from MNBC suggested the BC government establish an anonymous tip line to provide a safe way for racism to be reported.2, 3 Thankfully, this was instituted in a matter of weeks.4 Now, anyone who has witnessed or experienced racism while seeking care has a safe space to report it.

But this was just the first step.

Indigenous lawyer and judge Dr. Mary Ellen Turpel-Lafond was asked to undertake the investigation into the allegations of racism. On November 30, 2020, she presented her findings and released a summary of the investigation. The results were shocking but not unexpected.

According to Dr. Turpel-Lafond’s report, 84% of Indigenous people have experienced discrimination related to health services, while roughly half of Indigenous health care workers experienced racism at work.5, 6

MNBC was pleased to work on this report with Dr. Turpel-Lafond and the review team to emphasize the effect systemic racism in BC’s health care system has on BC’s Métis population. The Métis Nation makes up one-third of the Indigenous population in BC and needs to be recognized as a distinct nation for the improvement of the mental health and wellness of our citizens. By working with MNBC on eliminating racism from the health care system in the province, our citizens see themselves recognized as a distinct people and included in the policies and recommendations put forward in Dr. Turpel-Lafond’s report at a provincial level.

In giving MNBC a seat at the table and consulting me and other MNBC representatives, Dr. Turpel-Lafond addresses in her report the issues that uniquely affect Métis in BC when it comes to racism in the health care system.

Although the report was not able to prove the allegations of the racist “Price is Right” game allegedly played in BC hospitals, it found substantial evidence of Indigenous people profiled because of stereotypes around addictions in Indigenous populations. In a news report detailing Dr. Turpel-Lafond’s findings, an Indigenous nurse practitioner discussed how she believes systemic racist stereotypes in the health care system led to the sudden death of her aunt.7 Tania Dick told the CBC that her aunt went to the hospital after hitting her head but, because of her Indigenous heritage, was presumed drunk. By the time anyone realized the seriousness of her head injury, she’d suffered a brain bleed. She died en route to a larger hospital.

The experience of Tania Dick’s aunt is just one example of how damaging—and potentially deadly—the racism we, as Indigenous individuals, face when simply trying to get help.

The report presented the BC government with 24 recommendations that we were pleased to help develop. I and the rest of MNBC believe the recommendations will help to tackle the issue of systemic racism in BC’s health care system.1

The provincial government must act on this report and its recommendations in an expedited timeframe. The report can’t simply sit on the shelf and gather dust. With the one-year anniversary of the Declaration of the Rights of Indigenous Peoples recently passed, now is the time for the province to move forward. This includes implementing the recommendation “that the Ministry of Health establish a structured, senior level health relationship table with MNBC, and direct health authorities to enter into Letters of Understanding with MNBC and Métis Chartered Communities that establish a collaborative relationship with clear and measurable outcomes.”8, 9

Dr. Turpel-Lafond’s report found that BC needs to expand Métis participation in health decision-making. MNBC has called on the Ministry of Health and Adrian Dix to establish the BC–Métis Nation Health Leadership Table in the first six months of 2021 to tackle the issues preventing Métis people from seeking appropriate and equitable health care.

Health care is a basic right for everyone

Adequate and appropriate health care is a basic right of all people in BC and across Canada. As Dr. Turpel-Lafond’s report proves, Métis, First Nations and Inuit disproportionately experience systemic racism when trying to use medical care services in this province, preventing them from accessing this basic right.

Mental health conditions, diabetes and tuberculosis, among other health conditions, continue to affect Indigenous people in Canada at a much higher rate than non-Indigenous Canadians, yet racism prevents us from seeking proper care.10 The situation is worsened by the current COVID-19 pandemic, which has put Indigenous communities, including Métis, at an increased risk of contracting and dying from the virus. Racism in health care prevents education on good health practices aimed at reducing risk because it creates distrust between those experiencing racism and the health officials who are trying to manage the situation.

It is more important than ever for such racism to stop, to give Métis and other Indigenous people the option of trusting Canadian health officials. But we need to do more. I believe we need to continue to pressure those who are able to actively tackle the racism faced by MNBC citizens and other Indigenous people. I appreciate the steps taken by the BC government so far, but the fight against racism in our health care system is far from over.

Daniel is the Chief Executive Officer and Deputy Minister of Métis Nation BC (MNBC). He joined MNBC in the spring of 2020, after 25 years working in the private, government, and not-for-profit sectors. Daniel is of Métis heritage and regularly speaks with the media about issues facing Métis citizens today