A chicken and egg story 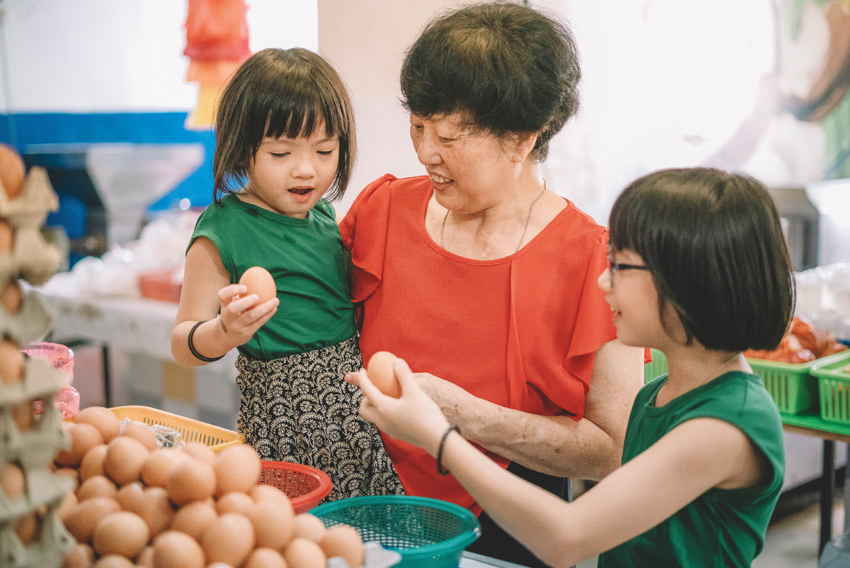 The law, in its majestic equality, forbids the rich as well as the poor to sleep under bridges, to beg in the streets, and to steal bread. – Anatole France, 1894.1

I like to buy brown eggs. I never really thought about it until I started to write this article about systemic racism and human rights.

Meenakshi Mannoe, one of the other guest editors for this issue, notes that there is “no easy fix” for racism. This is even more true for systemic racism, which is harder to recognize and hold onto. It’s like trying to hold onto the yolk when separating eggs: one second you have it, the next, it has slipped through your fingers. Separating systemic racism from our everyday systems can be just as slippery. But we have to first crack open the egg before we get to separating it out. Here’s a part of my journey in “egg separation.”

When I was little, I looked up to my big brother. To me, he was magical. He had this way of folding into the natural surroundings. He would wake each day knowing exactly where he was going and what he wanted to do—whether it was a day to build, or a day to play. I was more aware of what others expected of me, and more controlled. I admired his sense of purpose, of belonging. I would follow him, watching as he faded into the trees that surrounded our house. He was never lonely because animals would be with him. He could talk to them—and not always with words. They would come to live near him, near our house—a wild parrot for a time, wild ducks, assorted dogs and cats, snakes, birds, and at one point some red chickens. When he talked to the chickens, they would cock their heads and listen intently, or so it seemed to seven-year-old me. He could ask a chicken to lay an egg, and after huffing and puffing and clucking, the chicken would drop a brown egg right into his hand.

Turns out, red chickens lay brown eggs. White chickens lay white eggs. While there are some slight differences (in size, thickness of shell), neither type of egg is less nutritious than the other. Nonetheless, 40 years later, when I go to the grocery store, I still choose brown eggs over white. My childhood experiences resulted in my unintentional, unconscious leaning, or “implicit bias,” towards brown eggs.

An implicit bias is an attitude or stereotype that can affect our understanding, actions and decisions—at an unconscious level. These attitudes and stereotypes are unique in every individual (we all form them as we grow). They affect what we think and believe about almost everything, from our favourite food to our favourite music, our ideas, our choices in movies and politics and so on. They also affect how we feel about people from other places, or communities or religions, and they can lead to individual and interpersonal racism.

Most of us understand how this kind of interpersonal racism or discrimination can harm other people. Our society understands it, too. In 1973, BC enacted the Human Rights Code (the Code), which speaks to how we treat each other and upholds one of the fundamental principles of human rights: that we are all equal.2 Straightforward, right? But this fundamental principle does not help us understand how the systems that we engage with every day can be discriminatory. To do that, we have to crack open these systems. Our first clues are the disparities we see between groups of people. If all people are equal, then all people should be able to participate in the positive and negative aspects of society in equal ways.

Systemic racism can help us understand why this is not the case. Systemic racism occurs when individual and group biases get built into our social structures, leading to lack of access for (or provision of unjust service to) distinct groups of people.

Many people have difficulty with the notion of systemic racism because they do not think of themselves as racist and because they believe in equality. How can BC’s health system be systemically racist if many of the people working in it are not racist?

The narrative of the brown eggs is useful here. My family came to believe that brown eggs were better than white eggs because that is what we were used to: they were part of our family story. If we were to have judged others based on our belief in the superiority of brown eggs, we could easily have judged other families for eating “inferior” white eggs; we may even have judged those families as inferior themselves.

We can see how quickly implied biases can lead to judgement and misunderstandings—and eventually patterns of racism that target those we think of as “Other.” When my bias becomes expressed in a choice to buy brown eggs, for example, my actions can lead to other system-wide actions. I may influence my friends to buy brown eggs. Someone else may write about making the “healthy” switch to brown eggs. Perhaps the idea makes it onto the evening news and my local grocery store begins to stock more brown eggs to meet demand. Brown eggs are then placed on the top shelf of the display case, where they are easier to reach.

Now stores may start to buy from suppliers who have red chickens. As a consequence, more farms shift to stocking red chickens. Feed producers grow food for red chickens rather than food for white chickens. Labour may be affected: now the farms are looking to hire “red chicken experts” rather than “white chicken experts.” Soon, choices that favour brown eggs are being made throughout the egg production system. This is another condition necessary for systemic racism to occur—unintentionally, we can and do build our biases and stereotypes into the systems that serve our society.

Altogether, this cascading pattern might make brown eggs more expensive, leading to judgements about customer actions. When store patrons choose white eggs, they might face stereotypes based on perceptions about their not being able to afford brown eggs or not making healthy food choices. Thus stigma is born: even the white-egg buyers may begin to think of themselves as “inferior” because of their egg choices.3

In this issue of Visions, you will find discussions of racism in health care and mental health care systems in BC and beyond. The impacts of systemic racism are profound. They include poorer mental health for racialized people, such as increased rates of depression, anxiety and psychological stress, as well as general and physical health problems.4 We also know, for example, that Indigenous people suffering under the weight of the chronic trauma of colonization and residential schools are over-diagnosed with mental illnesses—a process Oneida psychologist Roland Chrisjohn calls “pathologization.”5,6

What should we do? Crack open the systems that we live and work in. Become aware. As we read the articles in this issue, we should be asking ourselves about our own biases, our own attitudes. Then we should look at the places we work. Ask the fundamental human rights questions: Are all people being treated equally in this system? Are some people doing better than others?

My brother became ill in his twenties, and from time to time, our family has needed to request, on his behalf, the help of the police and the health care system. Some individuals within these systems have been wonderful and kind to my brother. But increasingly, when we call for help for him now, I don’t watch from the treeline anticipating magic (like that little girl who watched in awe as her brother coaxed warm, brown eggs from a chicken). Instead, I hide behind a worry that never leaves me: that the colour of my brother’s skin—rather than being a source of wonder—makes him a target of systemic racism.

Sharon considers herself fortunate to have, for 25 years, worked with and learned from people and colleagues in the areas of crisis intervention, Indigenous suicide response, residential school trauma, Indigenous health research and education and human rights. She is currently the Executive Director of Education and Engagement with BC’s Office of the Human Rights Commissioner