The Politics of “Feeling Fat” 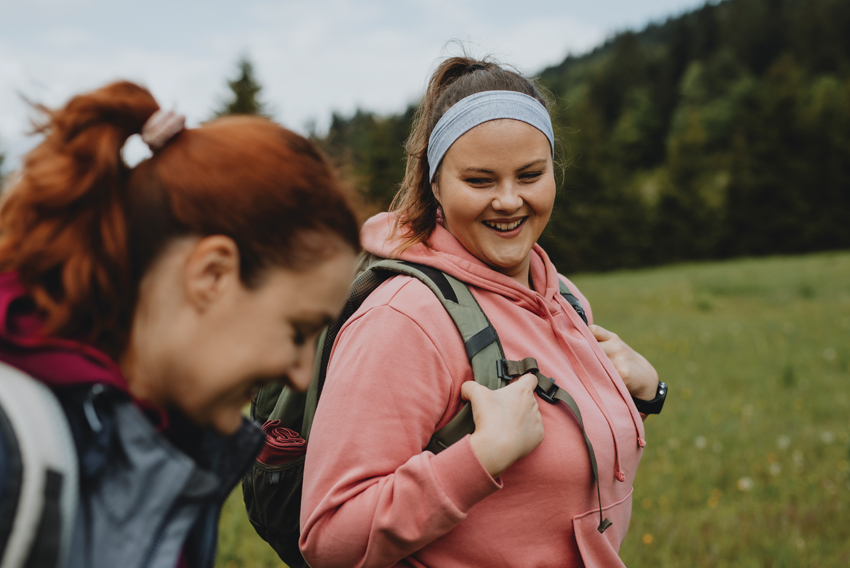 The role of “fatness” and the perception of fatness in our society are changing.

For some, being fat can be a source of negative feelings. Someone who is fat may feel unattractive, for example. Feelings of unattractiveness may be in response to a range of oppressive and discriminatory behaviours that fat people are often subjected to. But increasingly, many people are beginning to feel positively towards their fatness. Being fat can feel liberating, empowering and beautiful. Inhabiting a larger body can make one feel strong—both physically and in character.

However, fat itself is not a feeling: one cannot “feel fat.” I often enjoy asking my students, “What do you mean when you say you ‘feel fat’?” Their answers often reveal the implicit biases they hold about fatness and—by extension—fat people. Their responses reflect a combination of various physical and emotional sensations: feelings of laziness, bloat, discomfort, indulgence, worthlessness, a sense of being “weighted down” or, simply, a sense of feeling “bad.”

Using “fat” as a synonym for any of these sensations reveals the grip that “fatphobia” can have on our minds.

In short, “fatphobia” refers to a cultural fear of fat. Like racism or sexism, fatphobia is an identity-based form of oppression that manifests in many ways and that impacts everyone, particularly people who inhabit bigger bodies. Fatphobic language and imagery is used across many industries and social arenas to perpetuate harmful misconceptions about fat people, which in turn has severe consequences for their lived experiences. For example, when fictional villains are consistently animated as having fat bodies, we begin to associate fat people with the negative characteristics these villains possess. Or, when fat bodies are perceived as “lazy,” this contributes to discrimination that fat people may experience in the workplace.

Fatphobia helps to perpetuate the common cultural presumption that fat people have bigger bodies because they have made the wrong choices. For example, we might assume that fat people do not have the self-control required to stick to a diet. We might think that fat people do not exercise. We might think that fat people should prioritize doing anything that could help make them not fat, even if those things are harmful to their bodies, such as self-starvation, overexercising or use of medications or other substances without a physician’s guidance. Because of fatphobia, we do not pay much attention to these harms or think about what they might be.

Notice that I have not yet used the word “obese.” My omission is deliberate. By avoiding the word, I make an intentional effort to acknowledge the harm that pathologizing fatness as a disease can have on fat people. In this article, I use the word “fat” as a neutral descriptor, much like I would use the words “short” or “tall.” Arguably, efforts to classify fat bodies as “obese” is an unnecessary categorization of naturally occurring body diversity; some people, for a variety of reasons, have larger bodies than others. The categorization of fat people as “obese”—the pathologizing of “fatness” as a medical condition—encourages violent responses towards those deemed by the observer to be “overweight” or “obese.”1,2 But studies have revealed inconsistencies when fatness is pathologized in this way; often, research contradicts medical assumptions, providing a more nuanced view of the impact of weight on one’s health.2

Furthermore, research and opinions about body fat tend to reveal more about the social, political and economic context of a specific time period and culture rather than a scientific truth about fatness itself. At various points in history and in various cultures, for example, fat bodies have been seen as beautiful, or as a sign of wealth and contentment.3-6

These factors shape other scenarios, which can lead to life-or-death situations, such as the poor treatment that fat people often experience in medical settings. For example, doctors may prescribe weight loss to fat patients rather than considering other treatments or conditions; significant health conditions may go undiagnosed due to fatphobic attitudes held by doctors and other medical professionals.7-9 In many ways, fatphobia acts as a gatekeeper to our health care system, determining who has access to health care and what kind of health care is provided.
In 2013, the American Psychiatric Association added “obesity” to the Diagnostic and Statistical Manual of Mental Disorders (DSM), further pathologizing some body diversity as a kind of mental disorder.10 This addition to the DSM reflects the implicit bias in our health care system that being fat is physically and mentally unhealthy.

This issue is made more complex by many people’s ableist and healthist attitudes rooted in a belief that certain body shapes are “healthy” and that everyone should strive to be as “healthy” as possible. The fact is that a person can be fat for many reasons, including genetics, disability or a physical or mental health issue. While it is problematic to categorize fatness as a mental disorder in and of itself, the insistence that fatness is not a physical or mental disorder or disability is equally problematic. Creating a divide between fatness and physical or mental disorders or disabilities alienates some people who—for a variety of reasons—may not be able to or may not want to maintain certain health standards, or who may be fat and living with a disability. A person’s fatness is individual to them, and regardless of cause, their fatness should not change how they are treated.

Two areas in which fat people are treated poorly are the legal and medical systems. Fatphobia is embedded in the legal system; weight discrimination is missing from most human rights codes, while other identity markers—such as age, race and gender—are frequently protected. Does this mean that fat people are not as worthy of protection as others? If anything, various policies seem designed to ensure that fat people feel even more burdensome: consider, for example, the Body Mass Index (BMI) modifier—a “fat tax” paid to surgeons in British Columbia who perform procedures on fat bodies.11

This is why fatphobia needs to be addressed in ways similar to efforts to combat other forms of identity-based oppression. As long as we live in a society where people are punished for being fat, those who inhabit bigger bodies will continue to suffer needless stigma.

If you have ever said or thought the words “I feel fat,” I encourage you to explore what that really means. How does the relationship between your physical and emotional sensations and the way you express those sensations in words impact your opinions about not just your own body but the bodies of the people around you?

Layla is a PhD candidate in the School of Communication at Simon Fraser University. She also works as a journalist, filmmaker, artist and activist. You can read more about her work at laylacameron.com