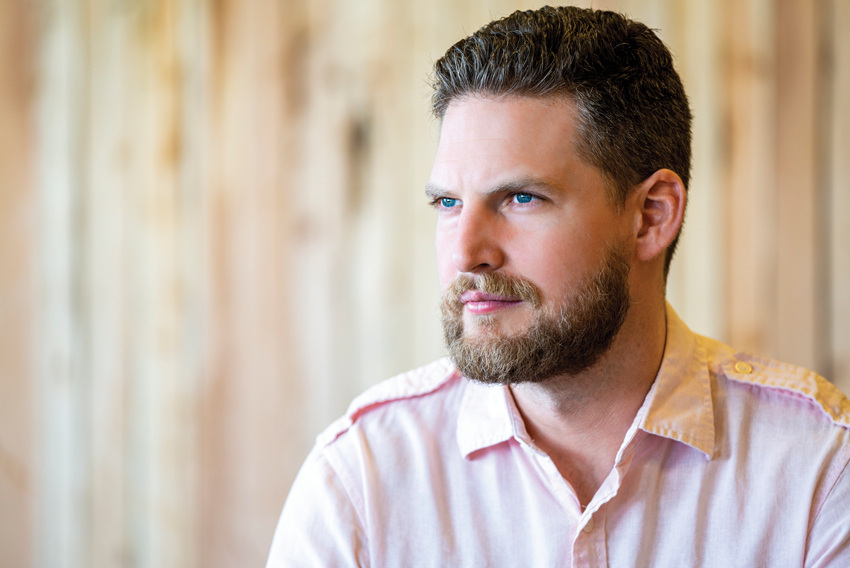 For as long as I can remember, I’ve cherished the idea of being able to provide world-class service to the people who come into my workplace, to offer them a sense of escape from their daily lives and have them experience something transformative, if even for a moment. My entire adult life, for better or for worse, has been devoted to the pursuit of excellence in hospitality.

Among hospitality’s ranks, I’m considered one of the lucky ones. I’ve had the privilege to work in some of Canada’s most acclaimed bars and restaurants, I’ve worked alongside heavyweights in the national and international hospitality communities, I’ve collaborated with chefs who work in Michelin Star kitchens and have been showered with accolades from near and far. I don’t say this to be boastful—far from it. I say it because it’s important to acknowledge that my experience in hospitality is that of someone near the top of the hospitality world. I’m white, cisgendered, male and able-bodied. In short, my life in hospitality is as good as it gets. It’s been much easier for me to climb the hospitality career mountain than it has been for many others. I can only imagine the hardships experienced by those who aren’t as privileged as I am.

Two years ago, I was inspired to help found Mind the Bar, a mental health service and resource centre for people who work in the hospitality sector.

“Why do cooks and bartenders need a mental health service?” I’m often asked this question when I bring up the topic of mental health in the hospitality industry, or my role with Mind the Bar. Often the person asking the question is just looking for an excuse to commandeer the conversation in a new direction—why other professions are more valuable or more stressful or more deserving of mental health services. After all, why would anyone whose job it is to serve food need help managing stress? “It’s not that we’re necessarily worse off than anyone else,” I often respond, choosing an answer that’s difficult to argue with. “It’s just that we have a unique set of problems.”

The view from behind the bar

There is no doubt that working in the hospitality industry comes with its own unique stressors.

The first time I stepped behind a bar, I was 16 years old, which is a long story in itself. I was working at an event space where, throughout the day, multiple competing gangs had patronized the event. These were the type of people who didn’t have a great skill set when it came to respectful communication or dealing with situations not quite to their liking. This bred a worst-case scenario when it came to last call: threats to my physical well-being and the well-being of my co-workers became so concerning that the police were called in to calm the crowd while we stopped alcohol service.

Flash forward two decades, to a relatively normal night this past summer. I was alone behind the bar when a man stumbled in the door. He was clean-cut, decently dressed, showed no signs of vagrancy: shoes and fingernails passed the test. As a career bartender, I’ve developed the ability to sum up potential trouble quickly: I run through a checklist in my head to help determine the challenges I might be facing every time a customer walks in: Are they high? Are they drunk? Do they seem prone to aggression? Are they likely to harass the female guests or staff?

But on this occasion, my Spidey-sense was off. It was the tail-end of the night; I offered a pleasant hello and informed the man that last call had already come and gone and he’d have to look elsewhere for a drink. A moment later I was reeling from a solid left jab, and a haymaker of a right punch skimmed past my face: apparently, this news wasn’t welcome to him. Once the dust settled, and as a restaurant full of onlookers stared, I took a deep breath and said, simply, “It’s been a while since someone’s punched me in the face.”

The man, realizing my staff outnumbered him, turned and stumbled out the door. I went back to mixing drinks.

I have a treasure chest of stories of similar workplace violence and harassment, including stories of automatic weapons being seized by RCMP, foiling the plans of those who had planned to enter a nightclub I worked at. I’ve taught myself to laugh it off when a guest reaches over my bar at a high-end restaurant and rips open my shirt. I shrug and play it cool when someone grabs my package at a private event and implies it’s a compliment. When a guest is so outright offended by the “feminine” nature of his glassware that he chooses to smash it on the ground, I put my head down and push through my shift. Every time I’ve been told my job is at risk because someone “knows the owner,” I ignore it.

The cost of violence and harassment

The hospitality industry is an industry with razor-thin profit margins, and most places can’t afford to lose customers’ money—even less-savoury customers’ money. This has only escalated in the digital age, as disgruntled guests fabricate their own version of events in their vitriolic online reviews intended to harm future business. In my career, one of the greatest tools I’ve developed is my stoicism: I tamp down my emotions, fake that smile and keep moving forward.

Those of us compelled to call hospitality our vocation—whether because of our passion for the craft, our masochism or something in between—have our rituals. One of the most cherished of these rituals is the post-shift drink, when cooks, servers, bartenders and other staff gather at a local establishment, lick our most recent wounds and turn to the most popular coping mechanism we have: booze. We share our battle stories over drinks, constantly one-upping one another. We fetishize the long hours and abuse we sometimes experience in the industry. We take pride in showing that we can handle it, that somehow, we’re immune to the onslaught of degradation we’re subjected to on any given night. It’s just the way it’s always been done.

I can put you in contact with friends and colleagues who’ve seen worse than I have, and those who haven’t been as lucky as I have been. I can sit you down with bartending colleagues who have had to deal with an active shooter in their bar. I can put you in touch with a sommelier who was invited to partake in a pre-roofied bottle of wine that a guest had brought from home. I can introduce you to a friend who, instead of being punched, was stabbed when they attempted to interact with a guest who seemed uneasy. We all sit around and share our stories with each other over a drink—or 10—every night.

Dealing with conflict is an inevitable part of being human, but the frequency with which people in the food and beverage industry experience aggression from perfect strangers goes far beyond normal human experience. The collective toll that this takes on those of us who work in this field is massive. A recent survey showed that more than 90% of hospitality workers in the UK have been sexually harassed on the job.1 I’ve no doubt these numbers are similar in most parts of the world.

That stoicism I mentioned earlier—which has been such a reliable tool in my career—has also nearly destroyed my life. Those late-night huddles with colleagues contribute to service-industry employees having the highest rate of illicit drug use and the third-highest rate of heavy alcohol use among all major occupational fields.2 Those smiles we plaster over our anxiety: it may be indicative of heavy alcohol use when we aren’t at work.3 Studies from the US also show that many of those in the food and beverage industry also deal with other mental health issues—in fact, the field has one of the highest rates of mental health issues of all the major industries.4 In short, we are in the middle of a crisis.

Caring for our hospitality workers

This is the environment in which Mind the Bar was founded. Mind the Bar is a mental health resource, information and support system and community hub designed for the hospitality industry. We focus on supporting those who experience depression, anxiety, addiction and workplace harassment. In addition to making sure hospitality workers access the supports they need, we aim to dismantle the negative stigma associated with mental health issues by changing the way we discuss, address and cope with them. We might not be able to change the perception the general public has of our industry or the way they treat those within it, but we can at least offer a helping hand to those of us who have had to deal with it and have nowhere else to turn.

Mind the Bar isn’t a cry for help, and this article isn’t looking for your sympathy. The last thing any one of us in the hospitality industry wants is for you to feel bad about enjoying your next meal or drink. But I wanted to illustrate the sacrifices that those who serve you make in order to ensure that your experience is positive and your service is provided at the highest standard possible. We do what we do because we love it, and we’re grateful to have the opportunity to showcase our talents and our passions on a daily basis. All we want is some understanding about what it takes to make that magic happen and some empathy when we decide that it’s time to start treating ourselves as well as we do our guests.

For more information about Mind the Bar, and for helpful resources, visit MindTheBar.com, where you can find out more about the physical and mental-health challenges faced by those of us who work in the hospitality industry.

Alex is an internationally award-winning bartender and leading authority on cocktails and spirits. He is also an instructor and serves on the board for the Science of Cocktails program. In 2018, Alex co-founded Mind the Bar, an organization that addresses mental health needs in the hospitality industry. You can reach him on social media: @blacktending