I always knew I wasn't gay 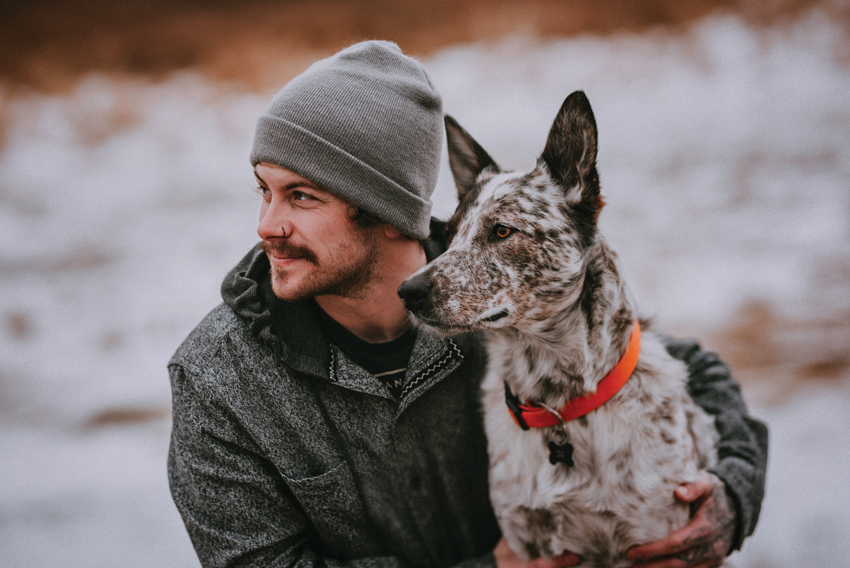 I was born a girl, but from a very young age, I presented myself as male. I wore boys' clothing, had short hair and acted like a typical boy child. My mom could not convince me to wear a dress for the life of her, and I would cut my own hair short if she didn't. My parents supported my look, labelling me a "tomboy."

When I first learned there was a physical difference between the sexes, I was three, maybe four years old, standing in the kitchen with my mom and grandma. They were talking about my dad. He was a member of the RCMP, K-9 Unit and I'd always looked up to him. I piped up and told them, "I want to be like my dad when I grow up." My mom giggled and asked, "What are you going to do when you grow breasts?" I told her I was going to have them removed, like my grandma, who had just won her battle with breast cancer.

Sixteen years later, I did just that: I had my breasts removed.

Throughout my life, as I presented my physical self in a way that matched how I felt internally, I confused a lot of people. This caused a lot of awkward, uncomfortable and anxiety-provoking situations—for me and for other people. For example, when my parents and others introduced me as a "daughter," or if people heard my given name, I was immediately aware of their bewilderment. In the past, people have kicked me out of women's bathrooms because I looked like a boy. Teenage boys have tried to pick fights with me. Girls have asked me out on dates, thinking I was a young man. When I played school sports, I always heard comments like, "Why do they get to have a boy on their team?" In the girls' locker rooms, I would always keep my head down and get in and out as quickly as possible. I was worried the other girls might be creeped out by me—even the girls I knew well.

I was even worried I would be labeled a lesbian. I didn’t feel there was anything wrong with being a lesbian; I just knew it wasn't the right fit for me.

I didn't hear the term "transgender" until I was 19. "Transgender" is an umbrella term that covers a variety of gender identities and may be used by anyone who is not wholly satisfied to identify themselves as just "male" or "female." Gender is considered to be a spectrum. Many people identify or express themselves more masculine or feminine, male or female and some people identify as neither and others identify themselves as both or "gender fluid" regardless of their biological sex at birth. Gender is very different from sexuality. Although also considered to be a spectrum, sexuality is more about sexual preference, which can change and shift throughout one's lifetime, depending on mindset, openness and life experiences. Both gender and sexuality differ from one individual to the next.

It's extremely unnerving to share who you truly are with the people in your world when you are transgender. Over time, society has created "norms" that not everyone fits. I overthought things—worried about the friends and family I might lose because of the lack of understanding and the lack of information available at that point, especially in a small town. I worried about my safety because I had read horror stories on the Internet about transgender people getting beat up and even murdered. Can you imagine walking around and worrying about being verbally or even physically attacked because of who you are? Or maybe even denied services or jobs because you are being your true self? These are issues that transgender people still face today.

It took me about a year after learning what the term "transgender" meant to finally decide to see a doctor about the possibility of transitioning from female to male. In 2012, I moved four hours away from home to start my transition. I don't know if resources would have been available for me to transition in my small hometown, but I was worried about what people would say and think. I wanted to go through the process with a bit of distance between me and the people I saw every day. I wanted to choose how and when I shared my decisions.

I released a "coming out" video on Facebook, explaining how I felt and that I was going to be making some big changes. Luckily, I had an overwhelming amount of support from the people in my hometown, so I eventually returned. The first few months I was home, I suffered major social anxiety. Even though my Facebook video had received good feedback, I was sure there would be someone who disagreed with my choices. I had an extremely hard time just going into a grocery store. I would sit in the parking lot in my car, trying to calm myself down and build the courage to go in. I would breathe, talk myself down, and eventually it got easier. As time passed, and even complete strangers who had heard my story showed me they respected my decision, I became comfortable.

Working life as a transgender individual

I have worked industrial jobs since I graduated from high school. Heavy industry is known for its more rough and edgy workers, and doesn't always have the reputation for being the most open-minded vocational field. I have been lucky enough to have mostly positive experiences. I've worked construction, from logging to oil and gas, and now I work in mining.

While in the logging industry, I worked with many of my friends—people who already knew me. No one had an issue with how I presented myself or my choice to come out as transgender. In the oil and gas camp, I didn't know a soul. I decided to live in stealth—I didn't tell anyone that I had been born female.

When I entered mining, I knew it wouldn't be long before word got out. Many of the employees already knew me outside of work and in the mine, I was in the milling department—known by the employees as "the rumour mill." I fully expected to be outed.

One of my colleagues was pretty uncomfortable with my situation, especially because we shared a locker isle in the dry (where we would get changed into and out of our coveralls to start or finish our shift). He’s 6'4" with a shaved head and is often portrayed as intimidating.

As we got to know each other, he took it upon himself to learn a little online about what being transgender meant. As we became more comfortable with each other, we eventually started carpooling to work. Over time, we had many in-depth talks about gender and sexual orientation and how it fits in this world. It always makes me proud to be able to tell people about my experience and help shape their views. I've always felt that people should get to know someone and give them a chance before discriminating against their gender identity or sexual orientation. When we do that, we avoid making mistakes out of ignorance and we might just find how much we have in common with the people around us, despite our differences.

Diet and physical activity have a major impact on my mental health. I have always found that if I am feeling anxious, the best way to channel that is by doing something physical, demanding and distracting. If I am not always doing something physical, that can make me anxious, too. Sometimes it takes some convincing for me to get moving but I always know the effects of physical activity will be rewarding. These days I channel my anxiety into functional fitness classes, biking, hiking with my dog and adventuring the land with my friends. Although my experience of anxiety is not the same as some people who suffer from severe symptoms, and certainly not on the same level as what many trans people experience, what I've gone through has given me an increased appreciation for mental health research and resources.

Thanks to the journey I am on, and to the community support I've received and that continues to grow, I have taken it upon myself to become an LGBTQ educator. I've put on workshops on gender identity and sexual orientation for parents and kids, social workers and even my district's Crown counsel. I look forward to expanding my reach, helping more youth, communities and the influencers around them by sharing my experience, understanding and knowledge.

Anden is the second-born of two children in the Interior of British Columbia. Though he was born female, it didn't take Anden or his parents long to realize there was something different about him. His parents chalked it up to Anden being a "tomboy," but as time went on, Anden realized there was more to his story