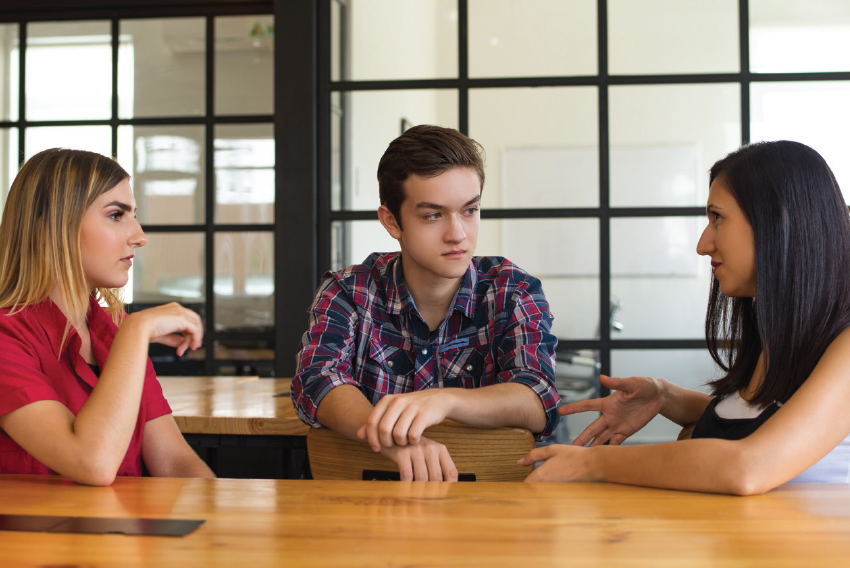 More than 20 years ago, I had the privilege of working in what I still consider to be one of the best jobs in my career in nursing: I was a public health and maternity nurse, supporting pregnant and parenting teens who were experiencing homelessness or incarceration in Seattle. Some people might raise their eyebrows when I say that was one of my best nursing jobs, but I stand by my claim.

So much of what I have learned about how stigma, violence and trauma affect people’s health, and the relationships and environments that can help foster resilience, I learned from the fabulous young people who let me, warily, into their lives.

I learned they had reason to be wary of me, or any health care provider, or really, any adult. Some of the adults in their lives—those who were supposed to protect them and care for them—abused them, exploited them or abandoned them. Without knowing or caring about the violence that these youth had experienced, people now judged them, calling them "youth at risk," or "vulnerable youth"—as if, somehow, the risk or vulnerability resided in the youth themselves, as if they were solely responsible for the "choices" they made and the trauma they experienced.

My public health nursing education had taught me about the social determinants of health—how people's health is influenced by where they work, live and play, and also by society's attitudes about their gender, sexual orientation, religion or cultural background.

In working with these young people, I saw clearly how these social determinants influenced their lives and their health.

Some of the social determinants influence survival: having enough food and a place to stay are important for health, but both of these require having enough income, and that usually means having someone in the family with regular employment that pays enough, which requires having enough education. For youth who don't have family or caregivers who can provide that support, surviving to a better future is a challenge. It's difficult to learn in school when you're hungry, or when you haven't had enough sleep because you don't have a home and need to ride the buses all night to stay safe, or when you have a hard time concentrating because you're dealing with trauma symptoms. It's hard to land that well-paid job when you don't have a permanent address to put on the application form and you don't have clean clothes for the job interview.

I also learned that social determinants—like good education, adequate income and safe housing—aren't distributed fairly across communities. Young people from some cultural groups were more likely to face challenges accessing those resources because of systemic racism, for example. I noticed Indigenous youth and youth of colour I worked with were more likely to be kicked out of school, arrested or denied access to services; they were less likely to find employment than the white youth who were also homeless. Lesbian, gay and bisexual youth I worked with faced rejection from families, condemnation from some of the religious service organizations in the community, and harassment and homophobia from peers. Trans youth had difficulty finding safe shelters that supported their gender identity and expression, since most shelters in Seattle were segregated by gender but included only two categories (male and female), and only accepted people based on their sex assigned at birth.

All of the youth I worked with who were pregnant, and all of those who were homeless, heard regular negative judgements, often from total strangers, with massive assumptions about their lives and the motives behind their behaviours. (One of our thirty-something adolescent medicine physicians who was pregnant and looked young for her age got eye-opening negative comments from strangers on the bus to work, from people who thought she was a pregnant teen and felt entitled to judge her life—and she realized just how much her privilege as a doctor and an adult usually protected her from intrusive comments about her personal life from others).

All of this boils down to stigma and discrimination, key social determinants of health that affect access to other very important determinants for survival. The young people I worked with in Seattle weren't "at risk" or vulnerable because of their own choices, bad luck, accident or family situations. They were marginalized, pushed to the edges of society and to the back of the queue because of stigma. They struggled to find acceptance, and to have someone in their lives who cared about them. All young people need to matter to someone; love helps them grow and thrive.

Stigma and discrimination often lead to violence. "Enacted stigma" is what we call the violence from a society that targets you and tells you that you're not wanted or not accepted, that you don't deserve the resources other people have a right to. This enacted stigma, or violence, is also a determinant of people’s health; that trauma affects mental health and well-being and leads to chronic stress reactions that can have long-term physical health effects such as heart disease. I learned from the young people I worked with that their lives contained more trauma and rejection and danger than I thought anyone could survive. But these youth had survived, and I deeply respect their determination in the face of the barriers that were stacked against them.

What I learned so vividly in working with those young people 20 years ago has been shown over and over again in my research and work with other marginalized groups of youth since. Stigma, discrimination, violence and trauma are some of the most potent predictors of health, and they influence health outcomes in complex ways. For example, substances are sometimes used by youth as a way to cope with the mental health effects of stigma, but substance use itself can lead to further stigma. Young people learn that alcohol, or stimulants like nicotine and crystal meth, can suppress their hunger pangs, or blunt their traumatic memories. But then people turn them away from services that require sobriety, or judge them negatively for their mental health challenges.

Ultimately, if we're not addressing the stigma and trauma faced by marginalized youth, and offering inclusive and non-judgemental care, then we're not helping them escape the negative feedback loops in the social determinants that keep them marginalized.

These sobering reflections about the inequities our society creates for some youth weren't all I learned. Happily, my relationships with young people back then and since have taught me something else that is just as important, and truly hopeful.

I learned that if you can get past their fear and mistrust of health professionals and other adults who have let them down, if you persist in providing caring, respectful, inclusive, non-judgemental engagement, and demonstrate they matter to someone, then young people not only survive, they thrive. Positive connections with healthy, caring adults, whether family members, teachers, health care providers or outreach workers, gives youth important social support that helps them in the moment, and builds hope for their future. We all need to matter to someone, somewhere. When we can help marginalized young people find and build circles of support, when we reach out to bring young people in, rather than turn them away, we create life-sustaining conditions for healing and growth.

All our young people deserve to belong within the circle of community, not pushed to the margins. We all have a role in challenging the attitudes that perpetuate stigma, the structures that foster discrimination and the processes that keep youth from the supports they need.

Dr. Saewyc is a professor and the Director of the School of Nursing at the University of British Columbia in Vancouver. She also leads the multidisciplinary Stigma and Resilience Among Vulnerable Youth Centre at UBC. For more than 20 years, her research has focused on how stigma, violence and trauma influence adolescents' health and coping behaviours, and what protective factors can foster resilience and improve health equity for marginalized young people, particularly LGBTQ2S+ youth