The Happiest Person You Know 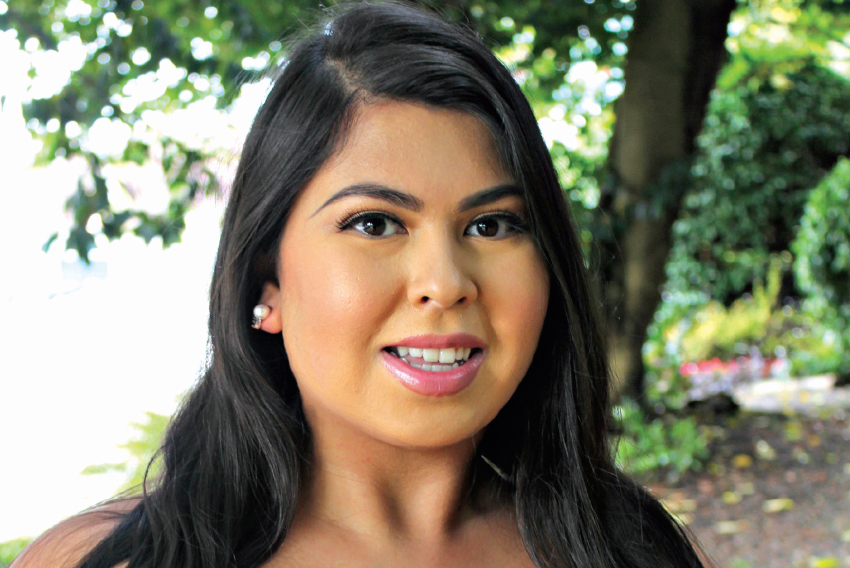 "You are the happiest person I know."

"Why are you always smiling?"

"Don't your cheeks ever hurt?"

Throughout my elementary and high-school days, I was bombarded with these words, by teachers and peers alike. I was even voted "always smiling" in my senior yearbook. I made friends easily, was involved in many extracurricular activities and was friendly with my teachers. Yet I spent most nights crying alone, hushing my pain with a pillow. I wished to wake up a different person, someone who was smarter, kinder, more accomplished. Someone with a new life and an adjusted family. I thought of running away and starting a new identity, like in the film Catch Me If You Can.

I have spent over half my life living with depression. I was diagnosed with clinical depression and generalized anxiety disorder at age 12. My mom thought I might have bipolar disorder, and I wondered if I did as well. I was confused, incredibly lonely and isolated. I didn't know how to communicate how I was feeling to my family and they didn't know how to help me. There were arguments, slammed doors, tears and panic attacks.

I can think of various reasons for my depression. My mom had me at a young age, and I didn't know anything about my dad. We were poor, sometimes unable to afford heating. And my family was, and still is, plagued by substance use and alcoholism.

One of my symptoms was self-loathing. I am mixed race, including European and Indigenous ancestry. My mother's family is Cree, German and French. My father is Sto:lo. I have a medium skin tone that becomes quite dark when I spend time outside, which is something I did frequently as a kid. Yet my mother's family is very fair-skinned. Many people made comments about how I looked adopted. If you saw photos of me as a child at weddings, reunions or birthdays, you'd see that I stuck out like a sore thumb. I was always the "pretty Indian girl," "Pocahontas" or the "hula girl." I hated my own Indigeneity.

I would never dance at ceremony, sing or drum, unlike my grandfather, who embraced our culture, carving, drumming, creating art and gathering in the sweat lodge. I disliked anything that would draw attention to my Indigenous heritage. But at the same time, I craved a stronger Indigenous identity and a relationship with my Indigenous culture because I felt like I didn't know who I was. I believed that by participating in my cultural practices (without the knowledge of anyone at my elementary or high school), I would somehow find my place. These feelings were in conflict with the casual and more obvious racism that I and my family experienced.

Whenever I tried to embrace my culture, I would experience racism.

Once, I brought a video from the Museum of Anthropology—one that my grandpa and I had picked out—to my Grade 5 class. The story was of how the Raven stole the sun. After sharing the tale with my class, I was asked things like, "Why do they speak like that?" and "Why do native people drink so much?"—most often when the teacher wasn't around to provide an appropriate response. I was embarrassed, ashamed and hurt: my classmates—supposedly my friends—were putting down a part of me and my family.

The following year, my class had an International Day, where we would pick a culture or country to share, typically our own, create a poster and bring food to the class. I was adamant that I did not want to bring bannock. Instead, I picked Ukraine and shared the project with a friend. My mom would later ask me why I chose Ukraine; I couldn't tell her that it was because I was embarrassed of our culture. By then, I had internalized my own Indigenous culture as "less than" other cultures.

At the time, I didn't put the pieces together: my loss of identity and my disconnection from my culture was a large component of my depression. It was only when I started attending university classes that I came across the term "intergenerational trauma," and began to learn what it meant and how it might apply to me. I was suddenly awakened to how residential schools and colonization had impacted generation after generation of Indigenous peoples in Canada. The goal of colonization was institutionalized assimilation, which stripped Indigenous peoples of their language, culture and connection with family.1

Although I still encounter racist views about Indigenous people, including my own partner's grandfather saying that "Native people have a genetic propensity to be alcoholic," I have reconnected with my Indigenous Identity. And now I fight for Indigenous peoples with extreme pride and a fierce sense of protectiveness.

A few years ago, I decided to take action in terms of my mental health. I quit my waitressing job and started seeing an Indigenous counsellor and a psychologist regularly.

With their help, I used "the four Rs" in my journey of healing, a common theme in Indigenous counselling. I reflected on my life, began to understand the motivations of my family members and chose to live a land-connected life of forgiveness from then on. I remembered and began to ask important questions about my family history. I resolved my feelings of anger, guilt and frustration over things I cannot control. This step began with my starting to attend ceremony. The first ceremony I witnessed was a traditional naming ceremony, where a group of Indigenous youth received names that reflected their standing within their community and recognized their commitment to their nation, culture and themselves. This event had a profound effect on me. My eyes flooded with tears, and I felt joyful to bear witness to such an important moment in a young person's life, but I also was saddened by the fact that I had missed that opportunity for myself. After this event I felt embraced by my community, which strengthened my commitment to improving the lives of Indigenous youth and adults needing to reconnect with our culture.Finally, I reconnected with my Indigenous family and was able to regain what I had lost and discover what I was missing. I found identity and purpose. These had always been there deep within me, but now I had the strength to speak them—and nurture them—into healthy existence.2

With my new-found goals, I began searching for opportunities to grow and learn. I am now nearing the end of my undergraduate degree in psychology. I was outspoken in class, always raising my hand and participating in class discussion. I applied for jobs that I thought I would not get. Overcoming my fear of applying for these sorts of jobs might seem like a small feat, but for me this was everything. I got that first "impossible" job and then another, and I started volunteering again—something that previously brought me joy. I found support and friendship through the Canadian Mental Health Association, which continuously fostered my growth by providing me with new opportunities. I felt valued and my voice was heard.

If I were to give any advice to those seeking to engage youth, it would be to listen to their ideas, engage them in the things they are passionate about and honour their commitment and time. Volunteering has given me a new-found confidence, and I cannot be more grateful. I currently work with the Canadian Mental Health Association's BounceBack® program as a member of the Youth Advisory Council. I have a few more volunteer roles in other mental health initiatives as well.

During my lowest of lows, I couldn't think about tomorrow, or even the moment ahead. My mind was clouded with immense sadness and loss of hope. I felt I would never amount to anything and that I couldn't make a difference in this world. Now I wish I could go back and tell my younger self that life is worth living, and even when it feels like everything is crumbling beneath you, things will get better. I now gather strength from the trials and tribulations I have endured, the memory of my ancestors and the thought of the future to come.

Seren is a student in the psychology program at Thompson Rivers University. She holds various research positions, including roles with the Impacts Project, CMHA's BounceBack® Youth Advisory Council and the University of British Columbia's Stigma and Resilience Among Vulnerable Youth Centre (SARAVYC). Connect with her at [email protected]