You’re Stronger Than Your Problems 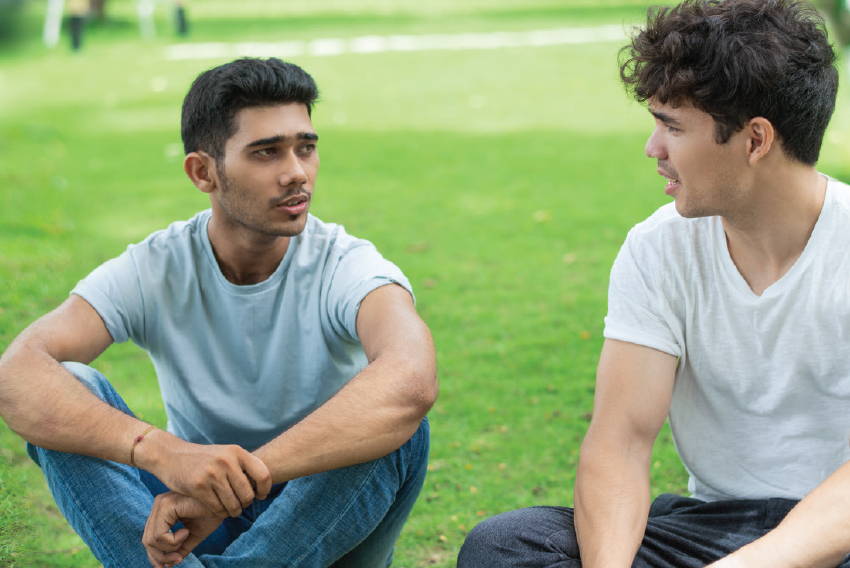 So there I was, sitting on the footpath crying my heart out, hoping that at least one soul would ask me what was wrong.

No one. No one asked.

Most of the people around me didn't know what to do, how to help. If anything, they made the situation worse, offering me the modern version of good old advice, which has its roots in stigma.

No one I knew had any clue how to help me.

"He just needs some time," they said.

"Get a job, keep yourself busy, it'll make you stop thinking about what happened," they said.

"There are people who lose family members! You've just been ... well … dumped."

Who are "they"? They're a few of the closest friends I've made since coming to Canada in August 2015. I am thankful that I have their shoulders to lean on whenever I need, but thanks to the stigma around mental health issues, most good souls also don't really know how to help.

I do want to acknowledge that yes, there was one friend who suggested counselling. And that would be one of the reasons why, after that, I started focusing on mental health issues, how to deal with them, mostly for myself.

And when I heard about the South Asian Youth Mental Health (SAYMH) ambassadors training retreat, I was excited to have the opportunity to learn how to better help others. Taking part in that training, one thing led to another, like a snowball effect. I gained new perspectives on a range of mental health issues.

For example, I learned that drug overdose cases aren't just limited to people who are homeless, which is a common but slightly ignorant view. Overdose can occur in homes, at parties—bad batches of drugs can be anywhere. I gained new perspectives and learned new information about sexual harassment, mental disorders, eating disorders, and a lot of other issues that should be talked about more openly. Open discussions can decrease the number of victims and help those who are struggling now. A lot of people suffer because of the stigma around these topics.

The SAYMH training wasn't all textbook learning—at least, not the kind of learning we all dread. We had open conversations about our experiences, we shared stories, we did antakshari (Indian group karaoke) over bonfires, we had late-night UNO games ... it was just an awesome experience. I started missing the whole environment right after I reached home.