Between a Rock and a Hard Place

A father’s story of frustration 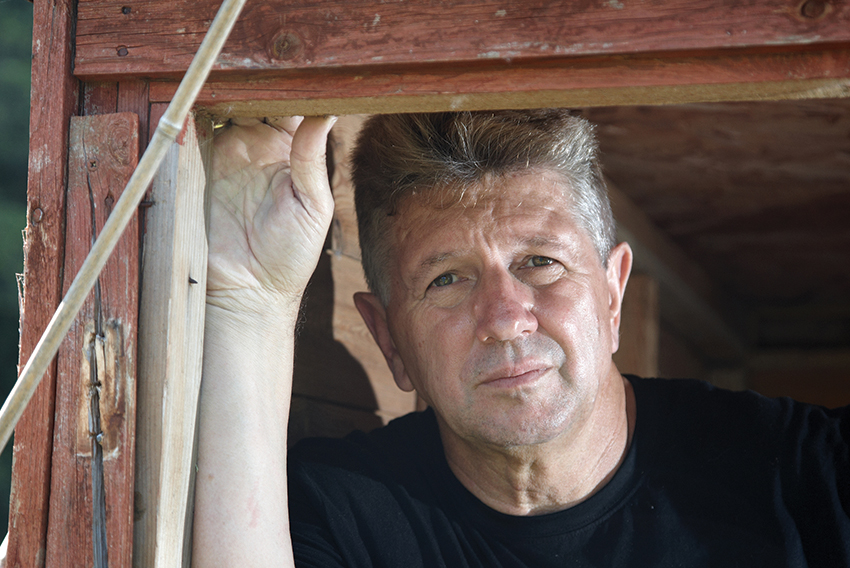 Editor's note: When Gord and Amy* decided to blend their two families, they knew things might get complicated. Most of the six siblings and step-siblings got along fairly well. But Amy's son Marty* had feelings of jealousy and felt abandoned by his biological father. Now an adult, Marty is unemployed and rarely leaves Gord and Amy's basement. Gord and Amy have tried everything they can think of, short of kicking Marty out on his own. Gord is caught in the middle—wanting to help his stepson take on adult responsibilities, but not wanting to jeopardize the loving relationship he has with Marty's mother and the rest of the family. This is Gord's story.

My stepson Marty* is 33 and hides in the basement. This has been going on for years. He needs help but has no desire to change.

Marty was 11 when we met. He was never a social kid and loved the computer and computer games. He did have friends as he grew up but they were always quiet computer kids.

He's smart as a whip. Around Grade 10, he failed Science, so we said he'd have to go to summer school. The summer school teacher let him out early because he got straight As. It was more that someone was watching him so he had to sit there and do it. Otherwise, his grades were okay. He is one credit away from graduating Grade 12 but just won't go back and get the credit.

The first signs that something was off was probably around Grade 8. From Grade 8 on, he wasn't interested in going out with his friends. He'd call up his buddies and a bunch of boys would show up with their home computers and be playing video games all weekend. You almost wouldn't see him. He kind of became antisocial, though up until Grade 12 he still had one or two really good buddies.

When he was around 19, his friend's parents rented a place, so he and four boys were roommates together in this townhouse. He got a job at a grocery store—everything seemed pretty normal for about six months. Then he quit going to work, probably played games all day. The other guys didn't even know if he was in the house because he'd be barricaded in his room. He hid in the house until he was evicted.

Then I bought a condo for him and set him up with a plumbing apprenticeship. After about four months he stopped showing up for work and lived for two years in the condo without paying rent. We had to give him money for food.

After a while, Marty came back to live with us [his mother and me] and I got him another job—in construction. Marty worked his own hours and rarely full days. He was a good employee: he didn’t talk to anyone, he just did his work. But he became increasingly undependable and was fired. He hasn’t worked since and it’s been over two years now.

He rarely talks to people and avoids eye contact. During family events like birthdays or holidays, he will grab his dinner and hide in his room. Although he lives in our basement, sometimes I won’t see him for months. I assume he eats at night. I say it's like having a mouse in the house: I don't hear anything and the only thing I see is crumbs on the counter. He rarely leaves the house, rarely speaks. He doesn't seem passionate about anything.

Maybe a year ago I unplugged [the Internet connection]. I thought if I unplugged the Internet, he's going to have to come upstairs and then we can have a discussion. It took about three days. It was almost like he was having a nervous breakdown, trembling. He's probably 6'2" but only 110 pounds, so very tall and very thin. I think he was going through withdrawal. But I don't do it anymore because I think that's his whole outside-world interaction. What little life he does have, I was taking it away from him. He actually denies that he plays games. He'll say something else is going on, but we can hear him talking on the headset, obviously playing a game. But whenever we confront him about gaming, we get, "Oh no, I read the news online."

Near Christmas last year, Marty said, "Oh, I met a girl online and she wants me to move in with her." But she's in Montreal. He asked if he could borrow money and I said, "Well, I'll pay for one way to get you out there and then you're on your own." So that’s what happened. Then we didn't hear anything so his mom got hold of him. He seemed okay at first but at the end of January, his mom started getting weird text messages from him because they [Marty and his girlfriend] weren't getting along and she wanted him out. We ended up wiring him the money to come back home. He was gone about six weeks.

This wasn't the first time. The first girl was about three years earlier when Marty was around 28. He comes up out of the basement one day and says to me and his mom, "Can a friend come over for a couple days?" He says she's from San Francisco. She stayed for two weeks. Then he went down there six months, the maximum he could stay in the US legally. But that [relationship] also fell apart.

How do you help someone who doesn't think they need help?

We've tried to make deals. After a job fell apart, I said I'd pay for three months of car insurance, but I expected him to be looking for work. I listed about 20 or 30 jobs he should be going out and applying for. Nothing happened.

He started saying that he couldn't work because of health issues: his back. So we sent him to the doctor. Who knows what he told the doctor. I think the doctor could read between the lines and see that things aren't quite right, so Marty stopped going to the doctor.

Most people think he suffers from depression. When he was maybe 18, he had a medical scare related to his heart. He was in the ICU. It was a big ordeal. I took him to Victoria for a follow-up meeting six months later and I remember the doctor just looked at him and asked, "Are you depressed?" Marty always had one-word answers; it was always just "nope." He just wanted to get the hell out of there.

His temper goes from zero to 110. He's otherwise a mild person, and then all of a sudden, he's like the Incredible Hulk. Even when he was a kid, I remember telling him, "Look you've been on the computer long enough. Go outside and enjoy some sunshine." He got into a big rage and raised his computer above his head, threatening to smash it and I went, "Go ahead, makes no difference to me." Then he carefully set it back down because he didn't get the reaction he wanted out of me.

Last year, he threatened suicide. I was just trying to get something happening, trying to have a conversation with him. "You gotta get a job, you gotta get on with your life, you’re wasting away." His response was, "I don't want to be alive, I'm just going to kill myself." That's when I phoned the police. The RCMP did an assessment. A mental health nurse came to the house. But because he's an adult [and entitled to confidentiality], we don't know what the health nurse said to him, or what he said to the health nurse. He wouldn't call her back.

How do you get help for someone who doesn’t want to admit they need it? We don't seem to have any rights. Do we kick him out and let him live on the streets? There is no help because he is an "adult," and therefore we have no say.

It's even become somewhat of a joke among the family. When there was a case in the States where some parents sued their son to force him to move out of the house, my brother sent me the article with the words: "Does this sound like anyone you know?"

When is it our time?

I don't know how we can get help because you can't force him to do anything. My brother-in-law knew someone at the Duncan Mental Health office. I phoned them and got passed along and they said they can't really help because Marty is the person who has to come in and ask for help. I said, "Well that's never going to happen. He just won't leave the basement."

Then they told me about some program for caregivers and they could have us in for three counselling sessions and discuss this. I thought it was pointless. My wife, Amy,* is at her wits' end. I don’t think she has any idea what to do either.

Once I said to Amy that I'm almost tempted to sell the house, but that would leave Marty homeless. I had a health scare a couple of years ago—kidney cancer. That's when I thought, "If I die, his mom will be stuck with him for her whole life." He's definitely closer to her than me. If I'm not home, he will come up and see her, not talk, maybe make a meal. Lately, since I've been pushing him to get a job, he makes sure he doesn't see me. I don't think he dislikes me, but I'll call him out on stuff—and then it turns into a confrontation.

Amy and I have raised six kids, and it should be our time now. I wish we had taken more action while he was younger, when parents have a say.

Gord and his family live in Duncan, BC